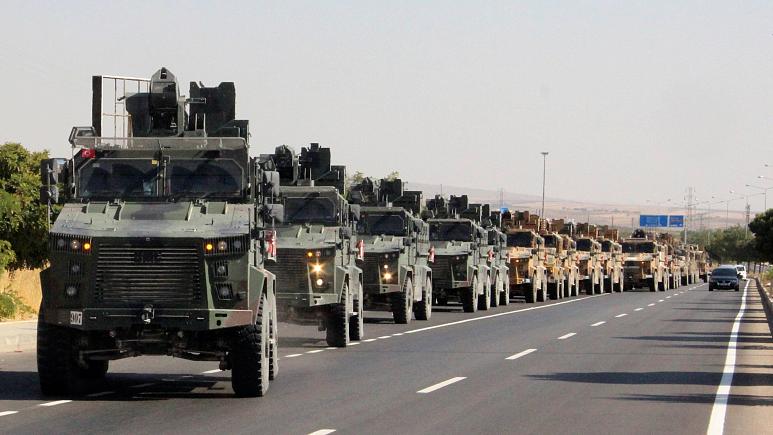 Turkey has launched a military operation into northern Syria. Turkish President Erdogan announced the incursion and added that the offensive aimed to eliminate a “terror corridor” along the southern Turkish border.

The carnage that follows an invasion has already started with explosions have been reported in the town of Ras al Ain in northeast Syria, on the border with Turkey.

A witness in the Syrian town of Tel Abyad told Reuters that sounds of explosions rang out and smoke was rising nearby along the border with Turkey, as people fled the town en masse on Wednesday.

The invasion comes after Donald Trump ordered the withdrawal of US troops from the area, a move widely criticised and is seen as allowing Kurdish forces, who have been instrumental in the defeat of so-called Islamic State (ISIS), to be abandoned by their ally, the USA.

The Syrian Democratic Forces (SDF) have called for a no-fly zone to “stop attacks on innocent people”.

On Twitter, Mr Erdogan said the mission, dubbed “Operation Peace Spring, was to prevent the creation of a terror corridor across our southern border and to bring peace to the area” and that it would “preserve Syria’s territorial integrity and liberate local communities from terrorists.”

Mr Trump’s withdrawal of the few dozen US troops in the border area was seen as a “stab in the back” by the SDF and drew condemnation even from the president’s Republican allies.

He responded to the criticism by threatening to “obliterate” Turkey’s economy if it went “off-limits” in the incursion, saying Turkey should “not do anything outside of what we would think is humane”.