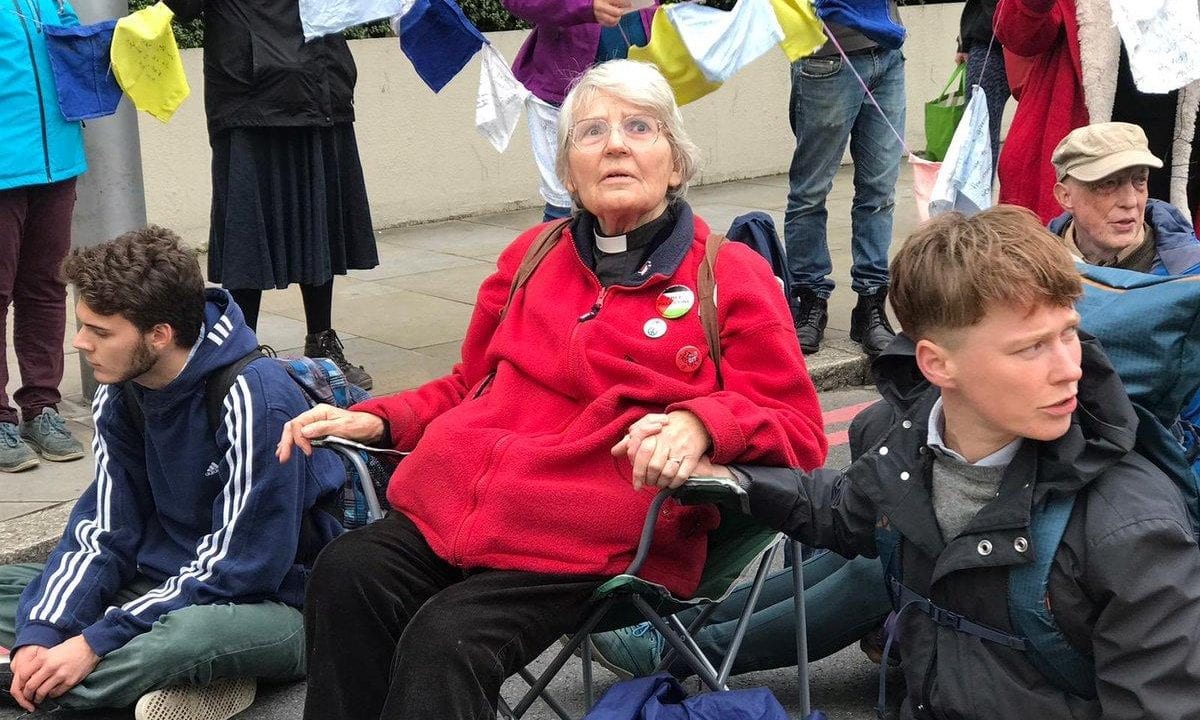 A teenager was hit with a ‘corrosive substance’ in a south London street fight.

BBC News reports even a “relatively benign” no-deal Brexit would push UK debt to its highest since the 60s. According to the Institue for Fiscal Studies borrowing would likely climb to £100bn and total debt would soar to 90% of national

income. Meaning the country will end up borrowing almost as much as it earns each year. “The government is now adrift without any effective fiscal anchor,” said IFS director Paul Johnson. Adding: “Given the extraordinary level of uncertainty and risks facing the economy and public finances, it should not be looking to offer further permanent overall tax giveaways in any forthcoming Budget.” And “In the case of a no-deal Brexit, though, it should be implementing carefully targeted and temporary tax cuts and spending increases where it can effectively support the economy.”

protesters arrested. The group are protesting against the lack of action taken to tackle the climate crisis. Westminister Bridge, Lambeth Bridge, Trafalgar Square and Smithfield market, as well as roads in Westminister, were blockaded by activists. Back in April, police detained 122 protesters during a similar event by the group. But police are showing they are taking a more vigorous and speedy approach. Of the 280 arrests by 9:30 pm on the first day, at least two people were in their 80s. Sarah Lasenby, 81 was detained outside the MOD. And Phil Kingston, 83 was arrested at the Treasury for spray-painting in red the message: “Life, not death for my grandchildren.”

The Independent reports a sixteen-year-old boy has been taken to hospital after being hit with a “corrosive substance” during a street fight in south London. Scotland Yard said officers were called to reports of people fighting with weapons

in South Norwood High Street on Monday afternoon. The teen’s injuries are not thought to be life-threatening. And at present no arrests have been made. A section 60 order, giving officers the power to stop and search in the area has been implemented. Over in east London on Monday afternoon, a teenager was stabbed in a second city brawl outside a tube station. A third teen was also “stabbed in the back” at Woodford Station in northeast London. All three incidents happened in less than 24 hours.

Read the full story on the Independent