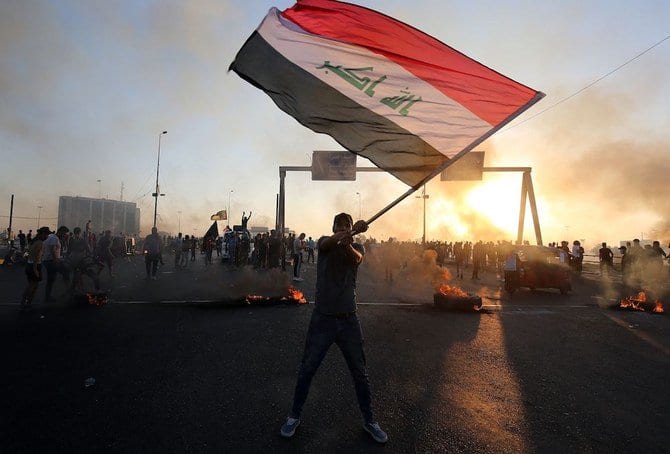 The forgotten poor in Iraq, stand up!

Iraq is spiralling into chaos as eight more people were killed and 25 injured in a consecutive week of protests against corruption, unemployment and failed public services.

The latest deaths came in new clashes between protesters and police in the eastern Baghdad suburb of Sadr City, where security forces used live rounds and tear gas. So far the total number of deaths to over 100 people and more than 6,000 wounded in less than a week of unrest.

Prime Minister Adel Abdul Mahdi announced a series of reforms after an “extraordinary” overnight Cabinet session, but politicians and analysts say this will not be enough to end the protests.

Abdul Mahdi’s 17-point plan was the result of an emergency cabinet meeting on Saturday night and comes after days of offering only vague reform promises.

The Prime Minister’s reform plan included granting of plots of land to low-income families, building 100,000 new homes in poor areas, a monthly grant to the unemployed and the disabled, small trading stalls to provide job opportunities, and new training courses for graduates.

Analysts said it would not be enough to assuage protesters who accuse the prime minister of turning a blind eye to excessive force by Iranian-backed armed factions.

It includes increased subsidised housing for the poor, stipends for the unemployed as well as training programs and small loans initiatives for unemployed youth.

Abdul Mahdi’s backers would view the fall of his government as a victory for the US and its allies.

Political analysts speculate that unless reforms are made immediately this protest will carry on and intensify, as, with each death of a protester, the relatives are motivated to push harder.