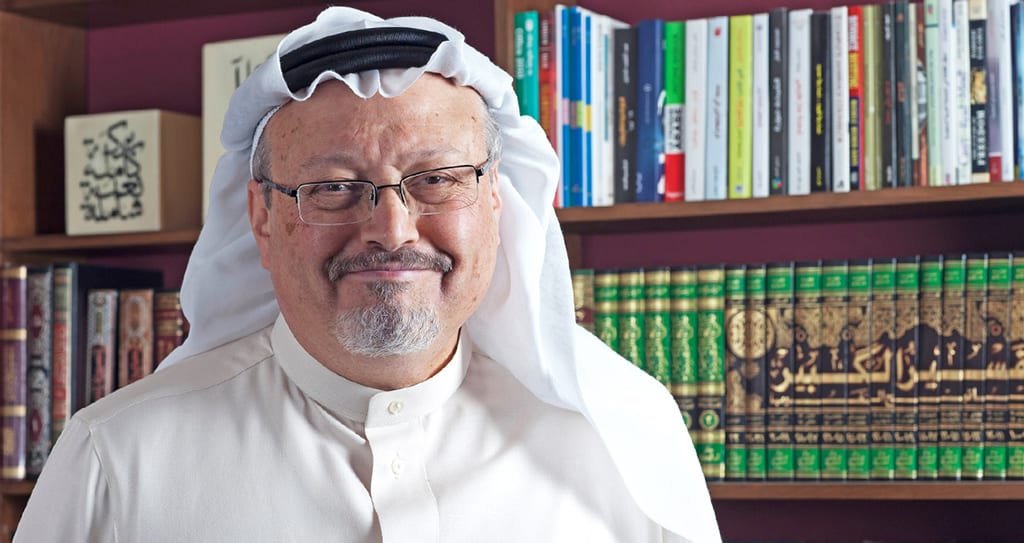 “Are you going to give me an injection?”

Saudi operatives suspected of killing the journalist Jamal Khashoggi in the Saudi consulate in Istanbul were heard joking and talking about how they would dismember his body before his arrival,

This has been revealed following the revelation of secret tapes which have been heard by the United Nation’s investigators.

Helena Kennedy, a British lawyer assisting the UN probe into Khashoggi’s death, said recordings she had heard from inside the kingdom’s mission in Turkey referred to the Saudi critic as a “sacrificial animal.”

“There was a discussion about ‘will the body and the hips fit into a bag this way’?”, she told BBC television’s Panorama documentary programme broadcast on Monday night.

Saudi Crown Prince Mohammed bin Salman, a self-styled moderniser, has been linked by global leaders and journalists to the gruesome murder on October 2 last year.

“There’s a point where you can hear Khashoggi moving from a man who is being a confident person, towards a sense of fear, a sense of rising anxiety, rising terror, and then knowing something fatal is going to happen,” said Kennedy.

UN special rapporteur Agnes Callamard, who also heard the tapes, said Khashoggi asked his suspected killers, “Are you going to give me an injection?”, to which they replied ‘yes’.”

She added: “The sound heard after that point indicates that he is being suffocated, probably with a plastic bag over his head.”

Shortly afterwards, Kennedy said the recording picked up someone saying, “he’s a dog, put this on his head, wrap it, wrap it.”

“One can only assume that they had removed his head,” she explained.

Turkey handed over 45 minutes of recordings to the UN in order for them to investigate the incident.

Khashoggi visited the consulate to secure the divorce papers needed to marry his fiancee but did not make it out alive.

A United Nations-led inquiry into the murder of Saudi journalist Jamal Khashoggi said on Thursday that evidence pointed to a brutal crime “planned and perpetrated by officials of the state of Saudi Arabia”.

Agnes Callamard, the UN special rapporteur for the extrajudicial summary or arbitrary executions, said Saudi officials had “seriously undermined” and delayed Turkey’s efforts to investigate the crime scene at its Istanbul consulate in October.

Reporting on a week-long mission with her team of three experts to Turkey, she said that they had had access to part of “chilling and gruesome audio material” of the Washington Post journalist’s death obtained by the Turkish intelligence agency.

Meanwhile, the Crown Prince Mohammed bin Salman has warned against “exploiting” the murder of journalist Jamal Khashoggi for political gains, in what appeared to be a veiled attack on Turkey.

Turkey’s ties with Saudi Arabia have come under strain since the brutal murder last October of Khashoggi in the Saudi consulate in Istanbul, which tarnished the international reputation of the crown prince.

The CIA has reportedly said the murder was likely ordered by Prince Mohammed, the de facto ruler and heir to the Arab world’s most powerful throne.