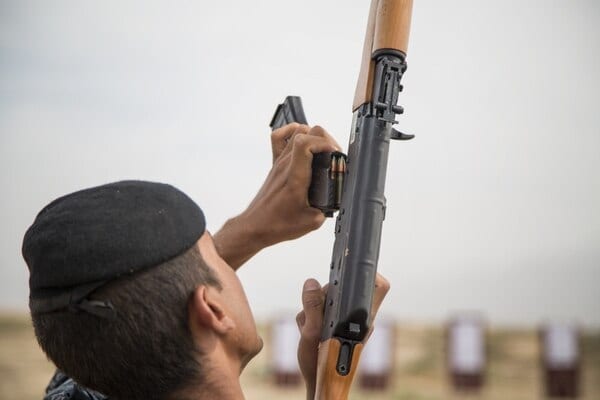 The AK-47 is regarded as the weapon of the century

Moscow plans to tribute the world’s most iconic firearm as their country prepares to mark the centenary of the birth of Mikhail Kalashnikov, maker of the legendary rifle.

Russia will next month celebrate the life of Kalashnikov, designer of the AK-47, with a number of events, including the museum display and a biopic.

The AK-47 is one of the most widely recognised and used automatic weapons in history. And it is the gun of choice for most armies who are not contractually obliged by the United States.

It is reliable and works in any terrain, unlike many of its competitors who suffer from jamming issues underwater and in extreme heat.

Kalashnikov, who died in 2013 at the age of 94, is seen in Russia as a national hero and symbol of the country’s proud military past.

His AK-47 has become a weapon of choice for both guerrillas and governments the world over.

The exhibition was put together by the Kalashnikov museum in Izhevsk, an industrial town in the Ural mountains, where the inventor worked at the Izhmash weapons factory until his retirement.

In 2017, authorities unveiled a monument to Kalashnikov holding his weapon in central Moscow.

Born in a Siberian village on November 10, 1919, Kalashnikov had a tragic childhood during which his father was deported as a “kulak” (prosperous peasant) in 1930.

AK-47´s name stands for “Kalashnikov´s Automatic” and the year its final version was designed, 1947.

More than 100 million Kalashnikovs have been sold worldwide and about 50 armies use the AK-47 including those in Iraq and Somalia.

Although Kalashnikov said he created the rifle to “defend the fatherland´s borders,” Moscow first used the gun internationally in East Berlin in 1953 and the Hungarian Revolution of 1956.

During the Soviet era, Kalashnikov´s work was shrouded in secrecy. but it didn’t stop the AK-47 becoming the ‘weapon of the century’.

The Russian inventor once said that the CIA operatives posing as weapons historians managed to contact him by post in the 1970s asking for his biography in a veil of trying to make contact with the gun manufacturer which superseded the American made Mi16 automatic. However, Kalashnikov remarked that the KGB forbade any contact.

“From my first step along the path of a designer, I was hidden and classified,” he wrote in one of his books.