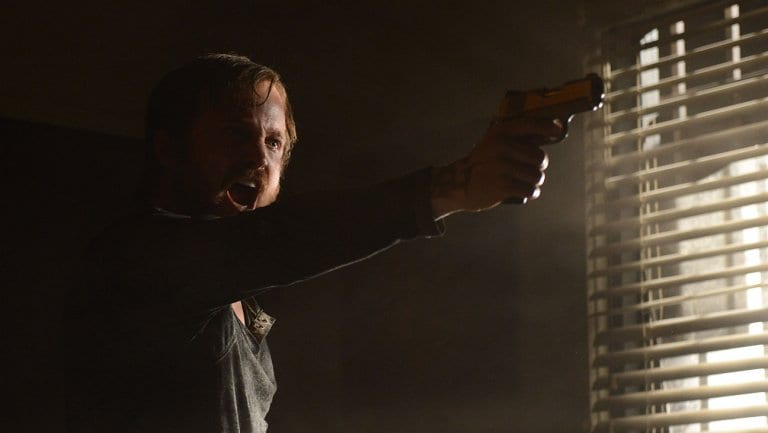 Six years after the hit series came to a dramatic end, creator Vince Gilligan is back with El Camino: A Breaking Bad Movie. The movie picks up moments after the show ended. And fans rejoice as Aaron Paul is back as Jesse Pinkman.

The official Netflix synopsis says: “In the wake of his dramatic escape from captivity, Jesse must come to terms with his past in order to forge some kind of future.”

Here are five things from the trailer you may have missed.

A bug crawling across Jesse’s hand is a callback to the opening scene of a series 2 episode. Episode “Peekaboo” see’s Jesse letting a similar bug crawl across his hand before Skinny Pete stomps on it. Bugs have been a prominent feature throughout the original series. However, the two scenes are strong contrasts of colours, emotions and Jesse’s mindset.

It seems Jesse won’t be driving around in the El Camino for very long. In the trailer, Jesse’s red 1986 Toyota Tercel can be seen.

It looks like Jesse and Mike are stood together. Jesse’s car can be seen in the back and a car that looks a lot like Mike’s was scene filming in New Mexico. Jessie was also seen visiting the place where Mike was killed.  The Stance of the other man looks a lot like Mike. So did Mike survive? Or perhaps Jessie is hallucinating?

The photo seen in the trailer shows Jesse’s former girlfriend and her son. Andrea was killed when Jesse tried to make an escape from cooking meth. Brock is still alive and Jessie may try to find him.

Jesse is seen digging in the desert. But did you notice the rolled-up blanket and blonde hair sticking out of it? He may have been returning to the desert to dig up Hank and return him to his family. However, it looks more like Jesse is burying a body instead.

So we know Aaron Paul is back. But show creator Gilligan confirmed more than 10 stars from the series are set to make a comeback. So far, Charles Baker (Skinny Pete) and Matt L. Jones (Badger) have been revealed.

Fan favourite Johnathon Banks (Mike) has confirmed he will be reprising his role. However Mike was killed off at the end of series five, so it’s likely he’ll appear in flashbacks.

If Banks is back, there’s major hope Bryan Cranston will return as Walter White.

At the end of the trailer, a deep voice can be heard asking Jesse “You ready?” and fans are speculating if the dulcet tones belong to Walter White – despite his apparent death at the end of series 5.

El Camino: A Breaking Bad Movie will land on Netflix on October 11.