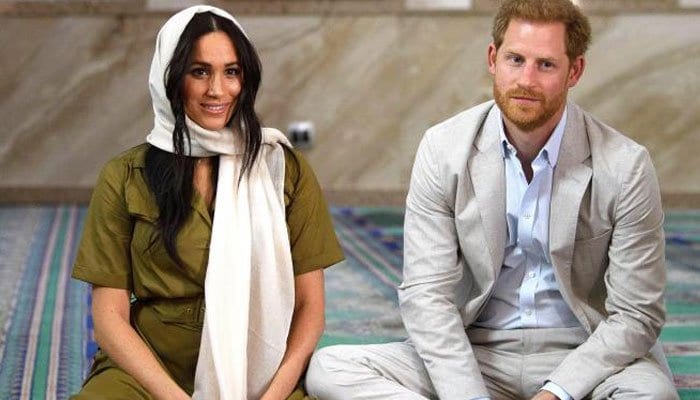 They viewed the first known manuscript of the Qu’ran in Africa, drafted by Tuan Guru from memory

The Duke and Duchess of Sussex Prince Harry and Meghan Markle visited the oldest mosque in South Africa during their tour of the commonwealth country.

The royals who are in the country to voice support for various causes were seen participating in workshops and celebrating Heritage Day on the second day of the trip.

As part of their visit, Their Royal Highnesses visited the Auwal Mosque – the first and oldest Mosque in South Africa.

Standing as a symbol of the freedom of former slaves to worship, the Mosque hosts events with Muslim, Christian and Jewish young leaders, and encourages friendship and understanding between South Africa’s varied communities.

The Duke and Duchess also got to view the first known manuscript of the Qu’ran in Africa, drafted by Tuan Guru from memory, whilst he was imprisoned on Robben Island.

The second half of Day one for #SussexRoyalTour brought Their Royal Highnesses to The District Six Museum and the Homecoming Centre who are re-building their local community in Cape Town. The Duke and Duchess had a first hand look and understanding of how much of this diverse community was destroyed, with people subjected to forced relocation during the apartheid era. At the Homecoming centre The Duke and Duchess were treated to food cooked by local women that showcased the wonderful variety of recipes – and the importance of cooking to bring communities together – a topic The Duchess feels strongly about (just like Together, the cookbook from the women of The Hubb Community Kitchen which The Duchess supported this time last year). • Their Royal Highnesses have had an amazing first day in South Africa and are incredibly grateful for the wonderful welcome they have received. Thank You! Stay tuned for more updates and behind the scenes moments on tour! #RoyalVisitSouthAfrica • Photo ©️ SussexRoyal / Omid Scobie / PA images

Mental Health in the Commonwealth

Speaking about the mental health programme that they have decided to empower, Meghan and Harry wrote on their official Instagram:

“Hundreds of young people from Cape Town’s townships meet every week at Monwabisi beach to surf, but also share stories with mentors and talk through the daily challenges they face. Their Royal Highnesses were able to hear how the sessions are building trust, confidence, and belonging, and they also got to join in as children took part in ‘power hand’, which teaches them how to keep calm down reflect on strengths.”

The Duke and Duchess also met with charities and joined the Commonwealth Litter Programme which creates awareness on plastic waste in the ocean.