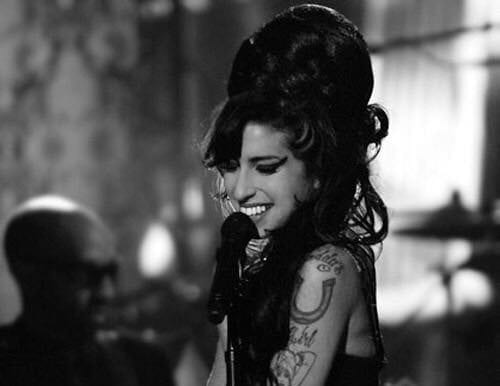 Amy Winehouse’s jazz-influenced debut album Frank was released in 2003 to critical acclaim. Then three years later Back to Black was born. Through her distinctive voice, the albums were tied together. But, Back to Black in every other sense sounded more or less like the work of a different artist.

Frank did not prepare the listener for Back to Black. Within the three years between the two albums, something happened to Amy that would separate Frank and Back to Black. She reintroduced herself, covered in tattoos, dressed like a 60s girl-group member – complete with her iconic beehive. She was virtually unrecognisable from the fresh-faced, London girl who debuted Frank.

One thing is clear. From the lyrics whatever happened wasn’t good. Her lead single Rehab – in which people were pleading with her to go to was so uplifting people overlooked the seriousness of it all.

Adding to her new sound, Amy’s Frank producer Salaam Remi was joined by Mark Ronson. And together they would craft an album that would go on to offer up an updated 60s soul and girl-group pop sound.

Back to Black was gripping. Winehouse had dropped the hired songwriting help and had written an album showcasing her lyrical genius. Her songs were within months of released covered by iconic musicians. And still today, 13 years on from Back to Black’s release, artists acknowledge the influence of the album. And of Amy.

Her voice was snappy, ragged, extraordinarily expressive that carried her nasal North London drawl. And perfect for the heartbreak and sass of her songs.  She had a rough approach to phrasing allowing a directness and intimacy. But her distinctive sound often overshadowed her lyrical genius. Amy was arguably one of the rawest, most talented lyricists. She wrote both beautiful – “All I can ever be to you is a darkness that we knew/ And this regret I got accustomed to.” To the blunt and funny – “What kind of fuckery is this?.”  The album served as an outpouring of infidelity, longing and despair.

Back to Black was exceptionally sad. It’s full of self-loathing and hopelessness. Yet her sharp songwriting skills and the arrangements make the album an easy listen. What Amy had to say was troubling, but the listener never felt like it was hard work.

Back to Black went on to sell millions. A rare incident of critical acclaim and chart success. But perhaps more significant was the wave of new female vocalists. Adele, by far the most successful from the group, springs to mind. The new wave replaced Amy’s troubled unpredictability with less volatile and more marketable lyrics.

And the album ushered in the confessional singer-songwriter path, soul-baring albums deeply rooted in the artist’s lives.  Back to Black unintentionally helped to create the current pop world we live in. Her work demonstrated writing frankly about your personal experience is the most honourable creativity for a pop star.

Back to Black was a burst of creativity and talent. It was unexpected and astonishing. Now, 13 years on from its release, Back to Black still hits home emotionally. It’s an album that will be listened to and talked about for many decades to come, the 21st Century’s most obvious all-time classic.