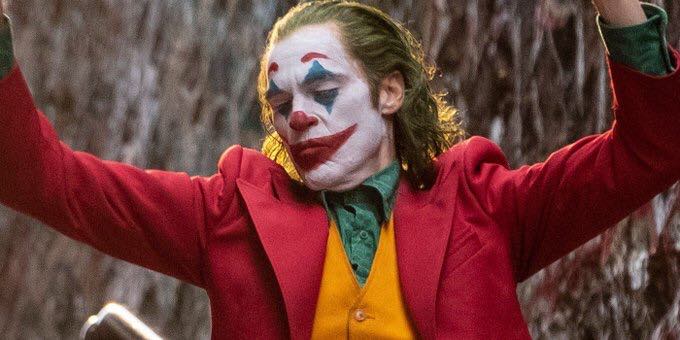 Todd Phillip’s Joker hasn’t yet hit the cinema. However, a few lucky viewers have already seen the film, and talks of Academy Awards are swirling. But despite the October release, Joaquin Phoenix’s turn as the DC villain is being hailed as “a Joker we’ve never seen.”

And of course, the focus is on Phoenix. The performance has been called “fearsome,” “astonishing” and “mesmerising.” As an actor fully versed in delivering intense performances, Phoenix is often captivating. And sometimes overwhelming. So it comes as no surprise he’s delivered such an intense deep character study.

“Joker is a bold, bodacious love letter to Scorsese’s The King of Comedy, told through the lens of DC’s most iconic villain. Dark, disturbing, brutal and sad, it’s about an abused man who doesn’t start living until he’s dead inside. Joaquin Phoenix is so damn good.” Erik Davis, Fandango

However, despite the largely positive reviews, some critics are not impressed. According to another reviewer, the film is guilty of “aggressive and possibly irresponsible idiocy.” Time magazine’s Stephanie Zacharek says Todd Philips “may want us to think he’s giving us a movie all about the emptiness of our culture.” Adding: “But really, he’s just offering a prime example of it.”

Regardless, Joker and more specifically, Phoenix are being cited as a potential Academy Award winner. It’s likely Phoenix’s turn will draw comparisons to the late Heath Ledger’s incredible performance in The Dark Knight. But one thing is certain. You’ll be debating Joker and Phoenix’s performance for years to come.