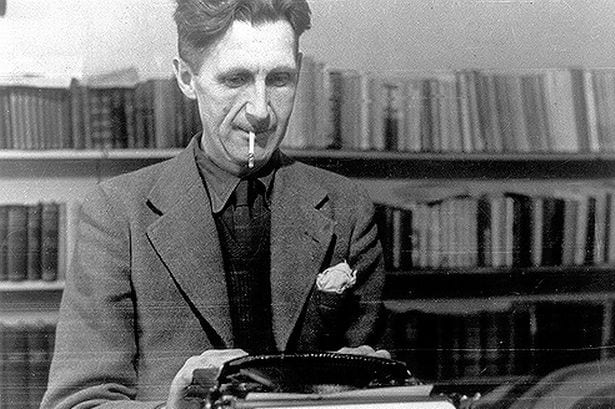 Even George Orwell couldn’t have predicted this chaotic constitutional crisis afflicting the so-called Mother of Parliaments. Political events are not only changing rapidly, but they are also shockingly perverse in their outcomes.

We now have a Conservative Party ruled by the extreme right. An ugly hybrid of the worst kind of English Nationalism we have not seen since the rhetoric of Enoch Powell. Indeed sitting there on the benches of those Tories who believe passionately in saving the United Kingdom from the calamities of a No Deal Brexit – now deemed to be ‘rebels’ – was none other than the Right Honourable Sir Nicholas Soames, former Defence Minister.

The Tory Rebel Benches were actually piled high with former senior Ministers – from Ken Clarke, the Father of the House, to Theresa May’s Chancellor, Philip Hammond.

From all of them, it is Sir Nicholas who has ‘the very special English pedigree’. He is the grandson of none other than that 20th-century icon of perceived “Britishness”, Sir Winston Churchill.

Such political heritage no longer offers prestige and protection in today’s Tory Party. Like the others who followed principle over and above the rancid rabid Whip of Boris Johnson, this behemoth of Tory grandee lineage has now being deselected as a Conservative and like the others no longer entitled to fight his seat at any future election.

To add to the sheer chaos we see Jo Johnson, Boris’s younger brother feeling he has to relinquish his entire political career resigning as both a Cabinet Minister and a Conservative MP. His coded message of being unable to balance family loyalty to the national interest spoke volumes.

If ever we needed a sign that the allegedly broad church of Conservatism in Britain is no longer, this is it. We now have a racist, anti-immigrant, xenophobic, Muslim-beating, equality-hating party that has hammered with gusto the final nail into the coffin of patrician ‘One Nation’ Tories. Benjamin Disraeli must be turning in his grave.

This is now quite clearly a government formed on the foundation of lies and deceit, it’s Leader – our Prime Minister – now bunkered down with his vile ruthless Chief of Staff, Dominic Cummings, overseeing a Parliament in revolt and a Party in the throes of a brutal civil war. And we all thought Thatcherism was the pinnacle of extreme right-wing Conservatism. Margaret although exasperated by the moderate ‘wets’ in her party never once went as far as deselection. That was always deemed the destructive tactics of internecine Labour wars.

Ah yes, the Labour Party. What other national disgrace they have become. Like a tawdry old patchwork quilt, their internal factions and in-fighting has been stitched together. Flimsily, yet still so far intact. Their civil war has been temporarily silenced by a summer ceasefire.

Yet where is the leadership here? Where is the alternative voice that contrasts with that of the English Nationalist Tory Party? On such a monumental national issue as Brexit – one that has ripped families and communities apart, one that has aided and abetted the rise in hate crimes, one that fuels a dangerous xenophobic narrative, one that continues to damage our national prosperity, one that has turned us into the ‘Black Sheep’ of the European family we ultimately will always belong, and one that is showing all the signs of ripping the very Union apart – the Labour policy is so muddled and half-baked it is painful to even try to disseminate.

As I write they even do not know if they want to support a General Election next month. They still do not even know if they really want a second referendum. They still do not even offer any alternative to issues like the Irish Backstop. Truly an opportunity for national leadership missed. A tragedy for all who just a few years ago helped sweep the refreshing progressive vision of Jeremy Corbyn into power.

I, of course, cannot forget the Liberal Democrats. Clambering to join the austerity government of David Cameron. Voting to support the bedroom tax and part of a government whose policies saw thousands of vulnerable and disabled people on benefits die through poverty or suicide. And, lest we forget, it was Jo Swinson who as Business Minister, championed the era of zero-hours contracts.

This very same woman who thinks it is savvy and wise to welcome a Tory like Phillip Lee onto her benches just to inflict the fatal blow into Boris’s one-seat majority. Dr Lee, an MP who was accurately described yesterday by another LibDem as  “a homophobe, a xenophobe, and someone who thinks people should be barred from the country if they are ill”. And today, let’s add Luciana Berger, the pro-Zionist former Change UK MP  who voted to keep Trident and to stop any further investigations into the crimes of the Iraq War, who has joined their ranks. Charles Kennedy’s left of centre party has tilted even further to the right than it was under Nick Clegg.

That’s the problem with LibDems – always trying too hard to be relevant, and in this day and age, that means being precariously close to the populist trend that is taking us back to the 1930s. Yet ironically they always think they are the ‘goody-two-shoes’ of politics. Just look at their track record aside from their new MPs this week. In 1983 in Bermondsey, the party was complicit in homophobic tactics to ironically get the bisexual Simon Hughes elected over the gay human rights activist Peter Tachell.

A decade later in Tower Hamlets, they ran an obscenely racist anti-Bangladeshi campaign mirroring the narrative of the far-right British National Party (BNP).

Never be fooled by Liberals – they are the scheming opportunistic chameleons of the political landscape. More interested in stunts and quick-fix headlines than offering substantive hope for the electorate.

I will not forget Parliament itself. They too have to accept blame falls fairly and squarely at their doors. The honourable elected members of the Commons and the ermine-clad appointed Lords and Ladies of our realm. They have done sterling work in opposing the cataclysmic No Deal. Yet, they have offered no alternatives.

Here is a two-chamber parliament – 650 MPs and 782 Peers – with a majority against ‘No Deal’ and a majority for ‘A Deal’. That is 1,432 legislators and policymakers, allegedly some of whom are deemed smart.  Happy to vote down Theresa May’s deal; happy to block no deal. Yet they have not presented us, or our European allies, with an alternative blueprint for the future. A way forward out of this unholy impasse. A framework we as a nation can embrace, and rapidly move forward.

When they shut down the Houses of Parliament for major renovations, perhaps then is the optimal moment for Citizens’ Assemblies to be formed up and down this land so that we the people can take back control and design a parliamentary system that currently costs us £551 million to run per year, and yet has shown us it is simply not fit for purpose.

We need to heal our internal divisions. We need to heal the hatred and bigotry that has enmeshed the national soul. We need to build bridges with our neighbours. We need to listen to the voices from the other nations within the UK. Most of all, we need an urgent Royal Commission to look at reforming the undemocratic voting system we currently have, to abolish an appointed Upper Chamber, and to make urgent recommendations on creating a new parliamentary system because the current one is clearly broken beyond repair.

Give the people a fresh referendum. Give us an election with a proportional voting system. Give us a new Parliamentary system. Maybe, just maybe, can we then see a Phoenix of Hope arising from the viper’s nest of Boris Johnson’s unholy reign of terror.