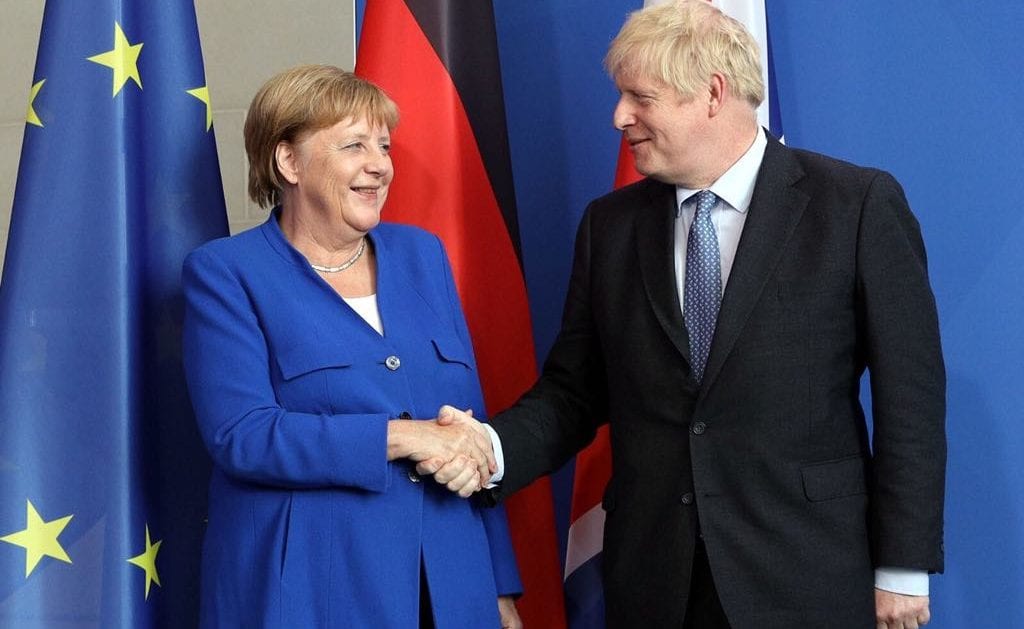 In today’s briefing update, German Chancellor Merkel has suggested an alternative to the Irish backstop could be found within 30 days. She said it would be up to the UK to offer up a workable plan.

The British Army is relying upon under 18’s to fill its ranks. Last year, under 18s, made up nearly 30% of recruits. Recruits are often more likely to come from poorer backgrounds.

The body of Lucas Dobson, 6 has been found. He was found after a four-day search of the river Stour after the boy slipped and fell in during a family fishing holiday. His family have led the tributes.

days. At a news conference alongside the PM Johnson, Merkel said it would be up to the UK to offer a workable plan. Johnson said he was “more than happy” with that “blistering timetable.” The PM said there was “ample scope” for a new deal. Merkel said: “The backstop has always been a fall-back option until this issue is solved.” Adding: “It was said we will probably find a solution in two years. But we could also find one in the next 30 days, why not?” Boris Johnson has repeatedly said the Irish backstop must be ditched to avoid a no-deal Brexit.

BRITISH ARMY ‘LEANING ON’ MINORS TO FILL ITS RANKS

The Guardian reports the British army is ‘leaning on’ under-18s to fill its ranks. The 16-and-17-year-olds account for

nearly 30% of those who enlisted last year, making it the highest proportion since the start of the decade. Data from the Child Rights International Network (CRIN) say recruits are more likely to come from poorer backgrounds. “The army is leaning on teenagers from the most deprived backgrounds to fix its recruitment crisis, using them to fill the riskiest roles because it can’t persuade enough adults to enlist.” Campaigns Coordinator of CRIN. Britain is the only country in Europe to allow direct enlistment into the army at the age of 16.

The Evening Standard reports the body of Lucas Dobson, 6 was found in a river in Kent on Wednesday afternoon. The

schoolboy went missing on Saturday after he slipped into the River Stour whilst on a family fishing trip. His family have led heartbreaking tributes to their “little man.” On Facebook, Lucas’ cousin wrote: “Rest in peace little man, gone way too soon.” Lucas’s uncle also thanked the many volunteers who helped in the search. “I would like to say that Lucas has been found and confirmed by the hospital and parents,” he wrote on Facebook. Lucas Dobson’s parents have not yet commented publicly on his death.

Read the full story on The Evening Standard

My Tweets
We use cookies to help identify your computer so we can tailor your user experience, track shopping basket contents and remember where you are in the order process. WTX News Our Cookie Policy
World News Briefing: Just policy for Kashmiris – Modi will inflict cruelty & Syrian forces take control
World News Briefing: US attack threats – Youtube shuts accounts linked to protest misinformation & Deadly thunderstorm in Poland
To Top
Weekly