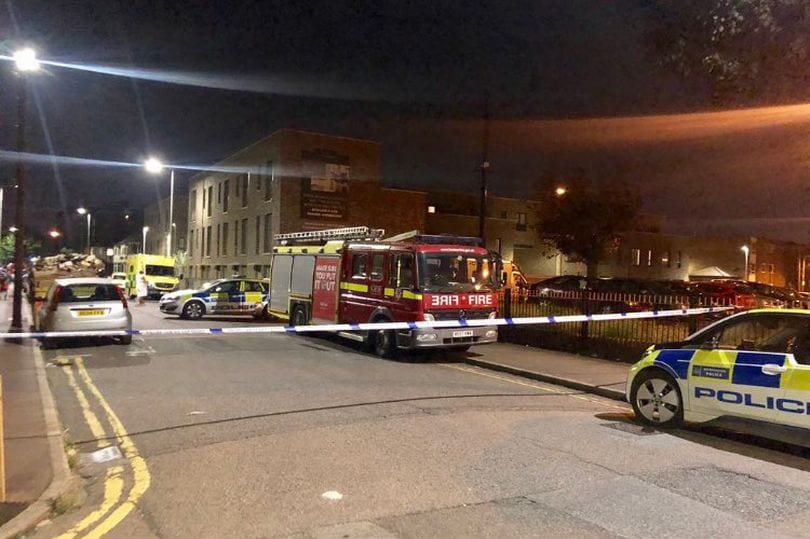 Breaking News: Police in Standoff with a man threatening to blow up a block of flats in East London

Met Police and emergency services are in a standoff with a man threatening to blow up a block of flats in Barking, East London.

Following the Bomb Threat – Police in Barking are at the scene of this critical incident. The man has threatened to blow up a residential block of flats in East London

Shortly after 10pm GMT on Tuesday night, police rushed to Earlsdown House after a man on the seventh floor barricaded himself into the building and threatened to ‘blow the flat up’ and ‘burn the block down’.

Pictures from Barking show emergency services at the scene, setting a perimeter around a controlled zone outside the potential blast radius.

So far it not known how the man plans to blow up the building and if he has any explosives in the apartment.

Police negotiators are at the scene to lead with the incident. The building has been evacuated and a cordon has been put in place while the incident is ongoing.

Firefighters from London Fire Brigade and London Ambulance Service paramedics are also at the scene of a heavily populated residential area of East London.

This is an ongoing situation and we will keep you updated as events unfold during the night.

Breaking News: Police in Standoff with a man threatening to blow up a block of flats in East London