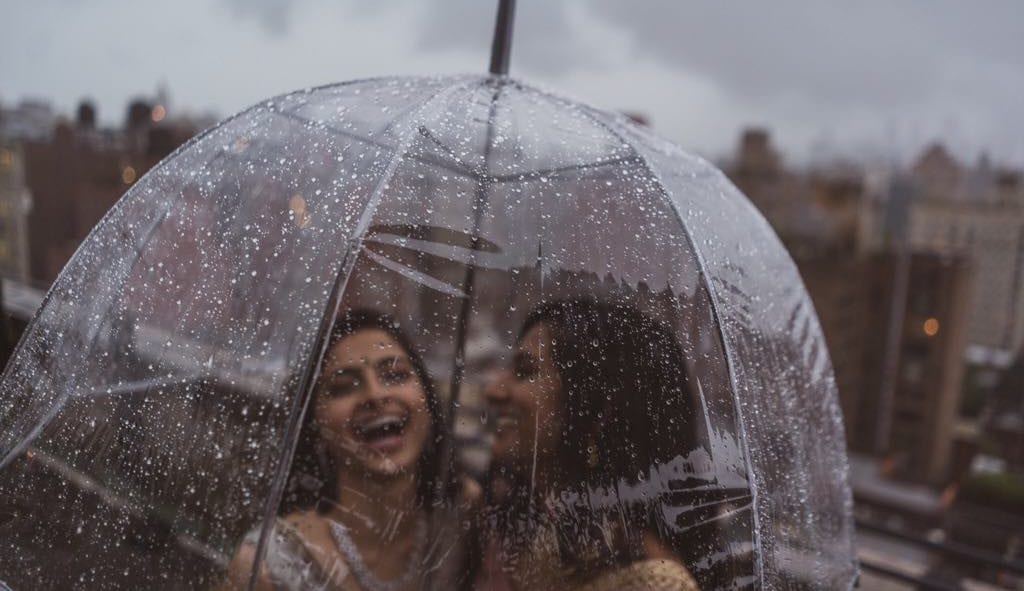 New Yorkers Anjali Chakra and Sundas Malik recently celebrated their one year anniversary. To mark the occasion, Chakra, a Hindu and Malik, a Muslim enlisted the help of photographer Sarowar Ahmed.

The photoshoot, called ‘a New York loves story’ has since gone viral. Over half a million people have expressed love and support over the shoot.

The photoshoot shows both women in beautiful traditional gowns in Midtown Manhattan.

‘People from all over the world have been reaching out to say to us that they were touched by our story and photos, and that’s so heartwarming.’ they said.

The women explained the importance of existing openly and honestly. For those belonging to groups not represented in the media, the impact of seeing open living is powerful.

The shoot may have come with widespread support but homophobes have also chimed in. Anjali and Sundas aren’t paying any attention to it.

‘We realise that those words are coming from people who likely don’t understand or have exposure to LGBTQIA issues.’ they said.

‘We want to acknowledge that homophobia in the comments is indicative of the unsafe and often violent environments so many of our LGBTQIA siblings live in. We hope that this representation starts conversations that are a step towards a safer future.’ they said.

The women thanked Twitter users for their ‘mature and considerate’ way of defending them against abusive comments.