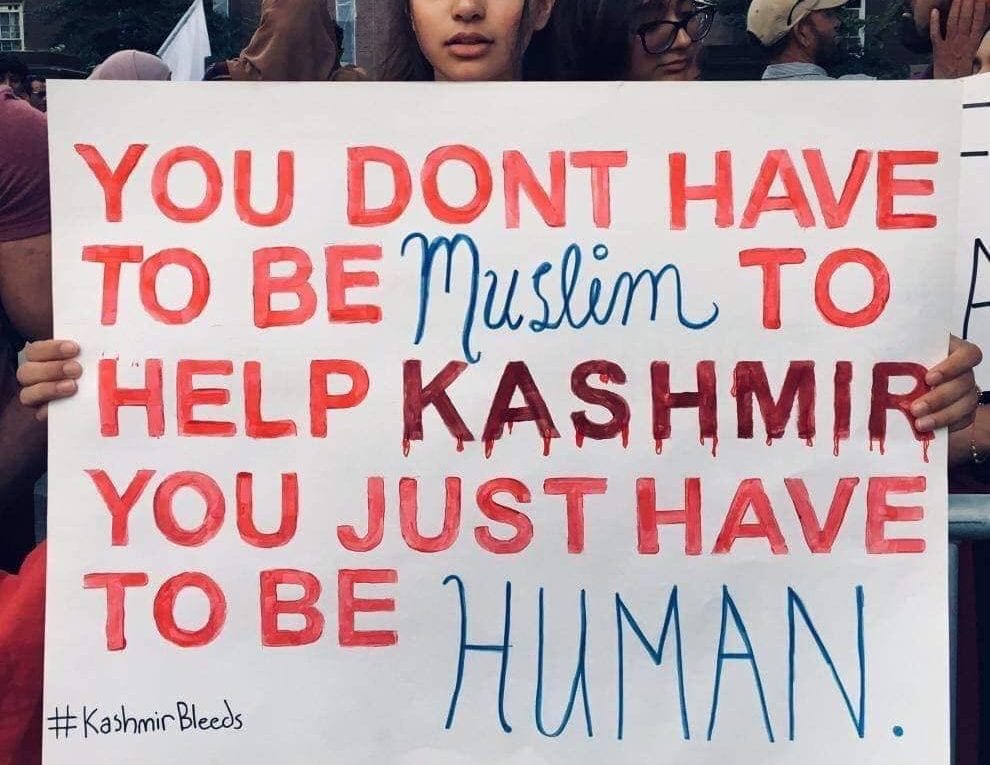 In an article published on Mondoweiss, Zainab Ramahi details the shared struggle against the colonial occupation for Kashmir and Palestine.

Ramahi, a Kashmiri living in North America understands the cruelty of everyday life for those in Kashmir. The instability, power outages, curfews and closures have been experienced first hand by Ramahi during the times she has visited. On the other hand, she has witnessed peaceful, non-violent demonstrations against military occupation.

Ramahi recalls a time when she witnessed the Indian military drag Kashmiri kids playing cricket into armoured vehicles. And listened to the stories told by her aunt who has operated on hundreds of children who have been blinded by pellet shots fired by the Indian army.

It’s deja vu for Ramahi. She sees the similarities between India’s attempts to use the law to eliminate Kashmir’s status and Israel’s use of the law to justify denying basic rights. India is using the blueprint of Israel’s occupation of Palestine as a roadmap.

The author lays out a law which showcases India’s relationship with Kashmir. The Armed Forces Special Powers Act (AFSPA) gives special powers to the Indian Armed Forces in so-called “disturbed areas.” It gives them the power to arrest without warrant, shoot-to-kill and destroy property.

Ramahi says the frame of “terror” is what justifies global silence on Kashmir. The conflicts have been reframed as that of irrational Muslims who must be stopped. Ignoring the violence and repression millions of people face daily. Kashmiri and Palestinian quests for self-determination are reduced to unrest by neighbouring Muslim or Arab states.

The author states both Kashmir and Palestine must be re-centred in the global discussion around self-determination. Ramahi says this can be done by exposing and resisting racial supremacy and ethnonationalism. Adding, we need to understand these “conflicts” are simply colonialism.