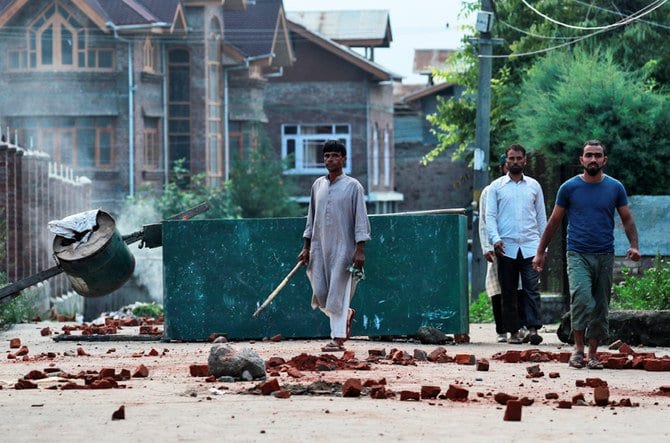 Civilian causalities in this graphic video from Kashmir

Exclusive Live Video shows the road to genocide and ethnic cleansing in Kashmir, we urge caution to all viewers as the video is extremely graphic.

The Pakistani prime minister, Imran Khan has likened the Indian government to Nazis, warning that global inaction over Kashmir would be the same as appeasing Hitler.

His comments came as authorities in Indian-administered Kashmir reportedly reimposed some curfew rules in parts of the territory, following an easing of restrictions in Srinagar, the region’s main city, that had allowed people to visit shops over the weekend and attend Friday prayers.

The footage in this exclusive on the ground report shows the status of Kashmiris on the ground. The brute force of the Indian army which has caused multiple deaths and countless injuries.

Kashmiris are fearing demographic change following the revocation of Article 370 of the constitution.

“There can be no doubt that the Indian government is planning demographic change in the valley,” said Altaf Hussain, a Srinagar-based political analyst and journalist.

Article 370 gave exclusive land rights to the people of Kashmir and blocked outsiders from seeking jobs and settlement in the state.

Professor Sheikh Showkat from the Central University of Kashmir said: “The demography of the state has been changing since 1947. In Jammu City, the Muslim population was 37 percent, now it is 7 percent.”

The Pakistani prime minister added that the “ideology of Hindu supremacy, like the Nazi Aryan supremacy, will not stop” in Kashmir, but would lead to “the suppression of Muslims in India & eventually lead to targeting of Pakistan”.