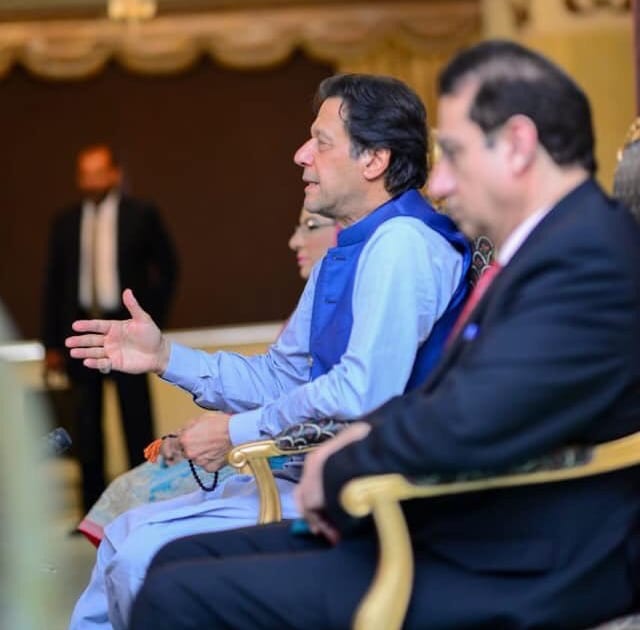 War will be the last resort, but we won’t let Indians commit genocide in Kashmir

Latest news from Kashmir: Prime Minister Imran Khan has said that Pakistan does not want war, however, if India imposes, then it will give a befitting response.

The Prime Minister said that Pakistan will take the issue of Indian violence against Kashmiris to the United Nations and seek every political forum to voice its objection to the violation of Kashmiris by India.

He said that the international community will be apprised of the Indian tactics, such as ethnic cleansing and plans to change the demographic landscape of Kashmir.

What should be obvious is the int community will be witnessing the genocide of the Kashmiris in IOK. Question is: Will we watch another appeasement of fascism, this time in the garb of BJP govt, or will the int community have the moral courage to stop this from happening?

Foreign Minister Shah Mehmood Qureshi visited China this week to do just that on the Prime Ministers behalf and a statement issued by the Pakistani Foreign office that ‘China intends to support Pakistan in the United Nations Security Council (UNSC) over the occupied Kashmir issue.

China would maintain full cooperation with Pakistan and the two ally nations’ ministers and missions would stay in close contact, he said, adding that Beijing had, once again, proved today that it was Islamabad’s trustworthy friend.

PM Imran Khan said that he always spoke to Indian Prime Minister Narendra Modi about peace, adding that the Indian PM has the mindset of ‘Hitler’. He went on to say that this is a war of public opinion and Pakistan has to win it.

He said that India can resort to any measure to divert attention from the situation in occupied Kashmir.