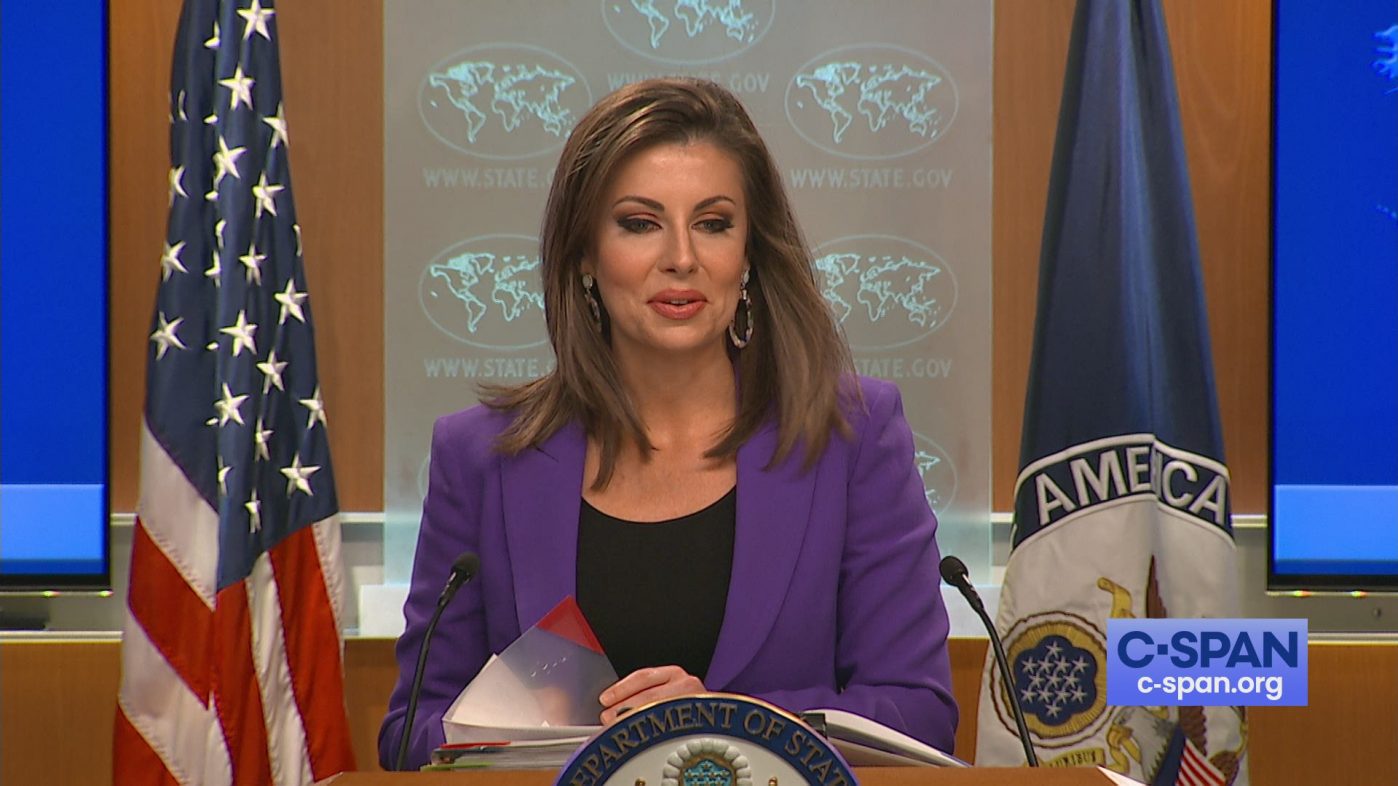 The US administration said that there has been no change in it’s towards India or Kashmir and reiterated its call for India and Pakistan to maintain calm and restraint.

The announcement was made by Morgan Ortagus who is the spokesperson for the state department.

This follows Pakistan announcement to downgrade all diplomatic ties with India, stop all trade and significantly, indefinitely stop all Bollywood movies in the country.

Reporters asked if there has been any change in the Trump administration’s policy on Indian-occupied Kashmir, State Department spokesperson Morgan Ortagus replied, “No.”

“And if there was, I certainly wouldn’t be announcing it here, but no, there’s not,” Ortagus said in response to a follow-up question during a press briefing.

“I mean, I think obviously this is something that we watch incredibly closely. It’s something that we’ve called for calm and restraint by all parties. We want to main peace and stability, and we, of course, support direct – the direct dialogue between India and Pakistan on Kashmir and other issues of concern,” the spokesperson added.

Then Spokesperson Morgan went on to respond to a question about what the Pakistan Prime Minister Imran Khan’s said in his statement ‘that India was carrying out a genocide in occupied Kashmir,’ Ortagus said the US urges the rule of law, respect for human rights, and respect for international norms.

“Yeah, I mean, I really don’t want to go beyond what we’ve said because it’s such a tenuous issue. It’s something that we’re talking to them about quite closely….. Whenever it comes to any region in the world where there are tensions, we ask for people to observe the rule of law, respect for human rights, respect for international norms. We ask people to maintain peace and security and direct dialogue.

A reporter responded by saying India had broken the rule of law, would the US change its stance?….the question was ignored by the spokesperson

Prime Minister Imran Khan had vowed to fight the issue “on every forum” and demanded the international community take action, accusing Modi of an anti-Muslim agenda.