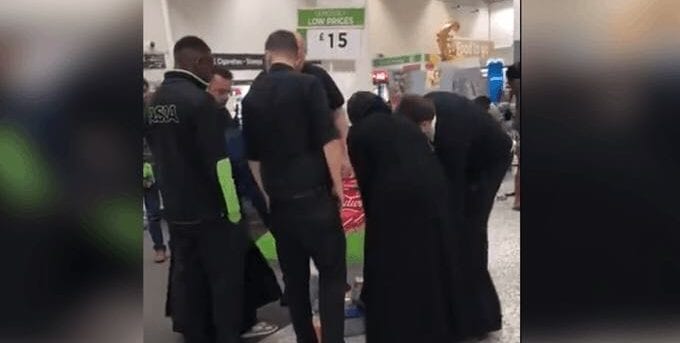 The art of Shoplifting

Two women wearing Muslim dress have been caught attempting to steal baby goods in Asda. Security staff confronted the women who had around £200 worth of baby formula hidden in their clothing. Fellow shoppers at the East London branch filmed the incident and posted it on social media.

One of the women lifted up her garment to reveal her stomach and underwear to prove she had no more stolen goods.  Shoppers looked the other way as the woman walked towards to exit with her black dress held up.

Some have questioned whether the women are Muslim saying a Muslim woman would not shoplift nor expose herself. It is unclear whether the women were using the Muslim dress as a disguise to steal. It wouldn’t be the first time. Four years ago a woman disguised herself in a burka to steal £17,000 from a children’s entertainment centre.

A spokesperson for Asda said: “We do not tolerate any form of shoplifting and work hard to deter shoplifters from our stores.”

The Met Police confirmed they are investigating the incident. They are yet to make any arrests.