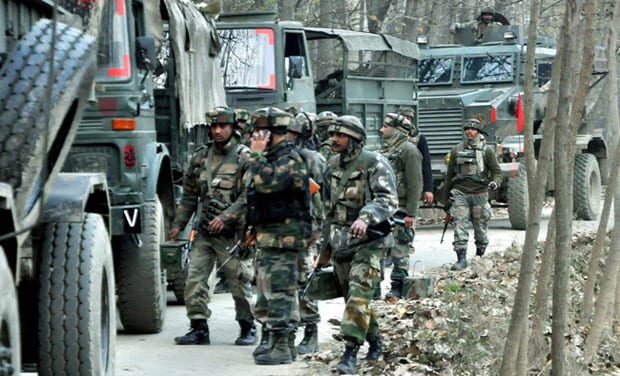 “Pakistan Army firmly stands by the Kashmiris in their just struggle to the very end”.

Pakistan’s senior General Qamar Javed Bajwa affirmed Pakistan Army’s support for Kashmiris in their struggle for freedom and said it is prepared to go to “any extent to fulfil its obligations”.

In this regard “Pakistan Army firmly stands by the Kashmiris in their just struggle to the very end”.

According to the Inter-Services Public Relations (ISPR), General Bajwa presided over the Corps Commanders Conference held at General Headquarters (GHQ) today on a single point agenda of the situation regarding Indian-occupied Kashmir.

“The forum fully supported the government’s rejection of Indian actions regarding Kashmir. Pakistan never recognised the sham Indian efforts to legalise its occupation of Jammu & Kashmir through article 370 or 35-A decades ago; efforts which have now been revoked by India itself,” the ISPR statement read.

The conference came a day after the Indian government abolished Article 370 of the constitution which granted special status to Indian-occupied Kashmir.

Prime Minister Imran Khan addressed the joint session of Parliament on Tuesday, calling on the international community to act against the bigoted politics of the Bhartiya Janata Party (BJP).

“They (BJP) have a racist ideology. In Kashmir, they have acted according to their ideology, against their constitution, Supreme Court verdict and United Nations resolutions.”