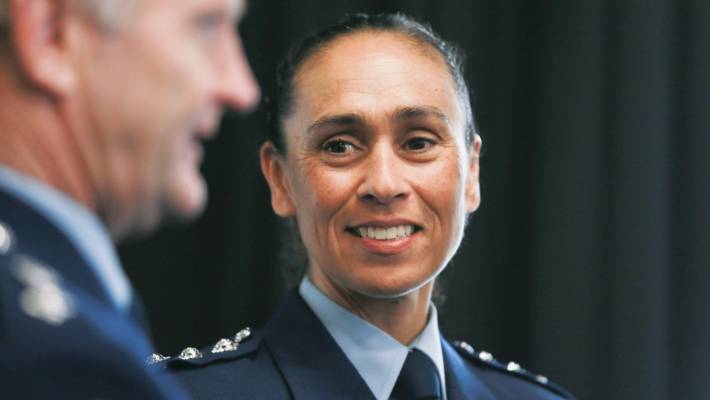 Superintendent Naila Hassan thanks King Salman for her Hajj trip

Superintendent Naila Hassan praised Saudi Arabia for the Hajj ‘generosity’. “As much as it’s a journey for me, I’m here for the victims,” she says in a video referring to the victims of the terrorist attack in Christchurch. She is the most senior of New Zealand’s Muslim Police officers and has travelled to Hajj and describes her experience as a dream come true.

Superintendent Hassan described how she and about 200 other pilgrims were welcomed with petals, singing and gifts. “I’ve never experienced anything like it in my life,” she said.

“I’m thanking King Salman for his generosity. He has just been unbelievably generous to the people of New Zealand.”

Naila Hassan was giving an emotional speech at a vigil in New Zealand for the 51 people murdered in the Christchurch mosque terrorist attack.

Now Hassan, New Zealand’s most senior Muslim police officer, is in Makkah to take part in the Hajj pilgrimage and her dream has come true, thanks to the generosity of King Salman.

“As a Muslim, you just dream about seeing the Kaaba and going to Makkah and Madinah,” she said in a video thanking Saudi King Salman for hosting the Christchurch pilgrims.

“When I saw the Kaaba (Mecca) this morning, I was breathless, I really was.

“But … as much as it’s a journey for me, I’m here for the victims … I’m here particularly for the women and the widows that are here. I’m here to support them.”

Saudi Arabia’s Islamic Affairs Minister Sheikh Abdullatif Al-Asheikh said on Sunday that hosting the Christchurch pilgrims as part of Saudi efforts to “confront and defeat terrorism” in all its forms. and that New Zealand’s Muslim Police officer Naila Hassan was the first of many to be invited to go to Hajj.