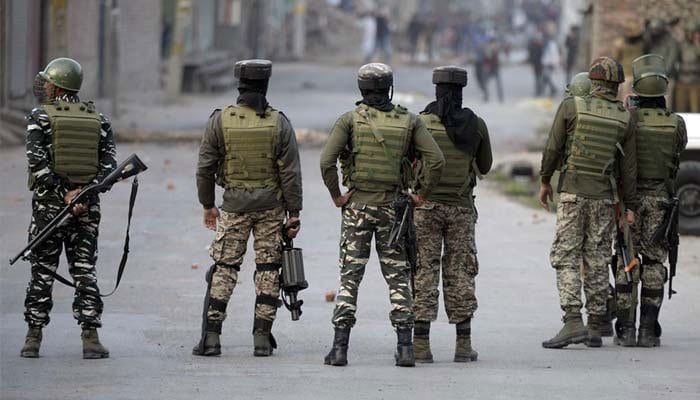 The latest deaths come as a state of fear and panic gripped the Himalayan territory after the Hindu nationalist Bharatiya Janata Party (BJP) government called in 25,000 additional troops and ordered tourists to evacuate the region.

A day earlier, the Indian occupying forces killed three Kashmiris during a and Pakistan responded to the aggression by killing several Indian soldiers.

Thousands of people participated in the funeral prayers of one martyred youth, Zeenat-ul-Islam Naikoo at his native Memmander village in Shopian district. The participants of the funeral raised high-pitched anti-India and pro-freedom slogans on the occasion.

The students pledged that any nefarious design by the Indian state which is against the interests of Kashmiri people would be opposed, tooth and nail.

Kashmir politicians have raised fears that the additional troops are a sign that the BJP government could carry out a threat to scrap IoK’s special status under the Indian constitution.

In a statement, Chairman Jammu and Kashmir Peoples Movement Mir Shahid Saleem also warned the Indian government that any move to tinker with the special status of Jammu and Kashmir would have disastrous consequences.

PM Imran had convened a meeting of the NSC to discuss issues pertaining to the national security in the wake of cluster bomb attack carried out by India against civilians in Neelum Valley.

Pakistan will effectively respond to any type of aggression or provocation from India with its people’s support, Prime Minister Imran Khan said Sunday after the National Security Council’s (NSC) meeting concluded.

The last time that happened, was earlier this year when a similar conflict set these two nuclear powers on warpath when the Pakistan Army captured an Indian pilot, but later released him.