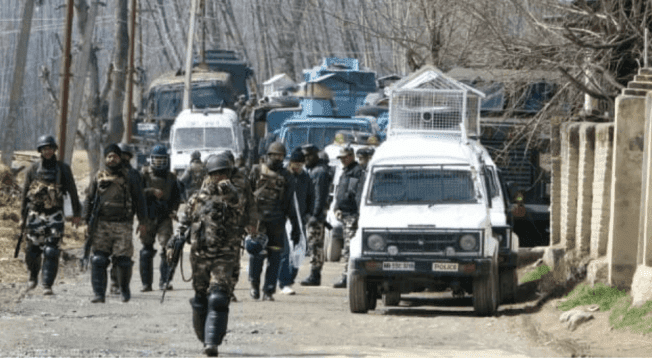 Tensions are flaring between the Nuclear rivals

Breaking News: Indian has responded to the growing tension with Pakistan and issued an evacuation statement for tourists. It advised tourist to leave Kashmir because of imminent “terror threats,”.

As the panic and chaos ensue long lines of cars formed outside petrol stations while residents queued at food stores and bank cash machines to get emergency supplies.

An additional 25,000 military reinforcements have been sent to the conflict zone in the Himalayan region.

The extra troops and other security measures, including a call to stockpile food and fuel, have shaken the Muslim-majority region.

Pakistan has also ordered an evacuated order in the region, by taking all Chinese workers out of the region, for the growing terror and conflict with India.

As tensions build, near-daily clashes between Indian forces with separatist militants in Kashmir and Pakistan forces across the border go on.

Three Indian soldiers were killed this week in cross-border firing from Pakistan Kashmir and a siege of separatist rebels, authorities said.

US President Donald Trump perturbed Indian Prime Minister Modi last month when he said that Modi had asked him to mediate in the Kashmir dispute.

Trump reaffirmed an offer to mediate on Thursday. Each time India has insisted that the festering dispute can only be resolved bilaterally.

India and Pakistan divided Kashmir when they became independent in 1947 and have fought two of three wars since over the territory.