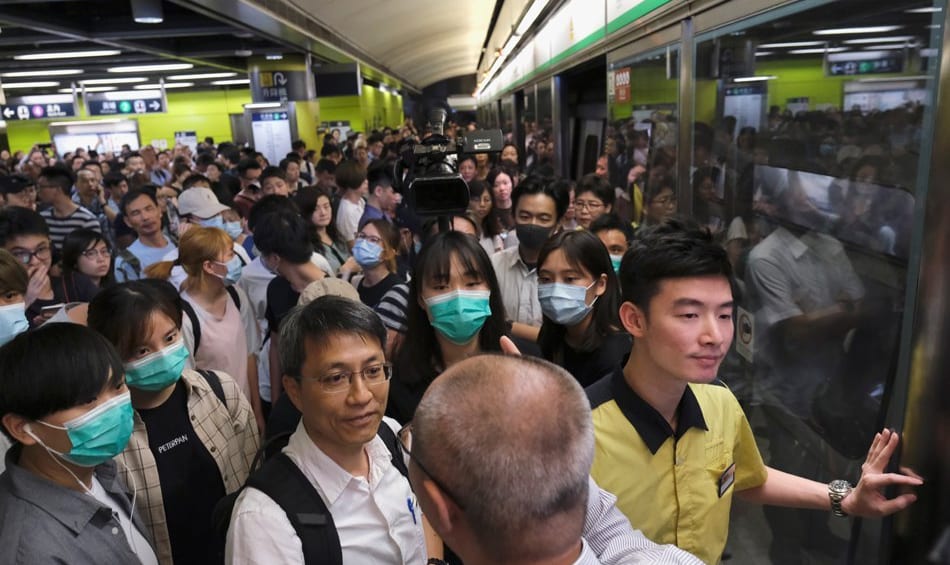 In the latest anti-government campaign protests in the former British colony, protestors placed themselves between trains and commuters to prevent commuters from getting on trains.

Activists blocked train doors, playing havoc with services and forcing hundreds of people to stream out of railway stations in search of alternative transport.

The protestors are using secret social media accounts, similar to the Yellow Vets protestors in France. These coded messages are hard to decode and follow, but despite the complexities in organising the protests, thousands have turned up with short notice.

What started three months ago as rallies against an extradition bill that would have allowed people in Hong Kong to be sent to mainland China for trial, has now morphed into a wider backlash against the city’s government and its political masters in Beijing.

This latest rebellion against the authorities in Beijing was designed to impede financial and government employees reaching their places of work. Reports suggest thousands of commuters have been left stranded and are expected to be delayed at work.