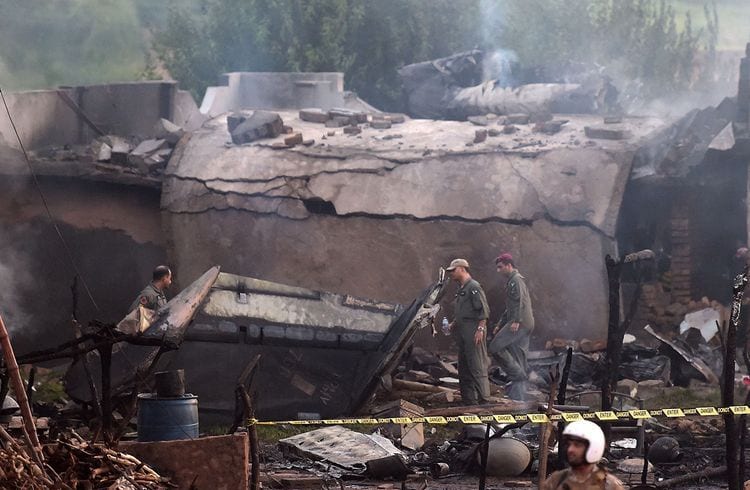 Breaking News: A Pakistani military plane has crashed near the capital city of Islamabad, in Rawalpindi killing 17 people.

Another 12 civilians were injured in the crash, which set off a fire. Rawalpindi is close to the capital, Islamabad, and is where the headquarters of the Pakistan army is based.

Military and civilian rescue teams were at the scene and extinguished the fire and took the injured to hospital, the statement from the army’s communications wing said, from the scene where Pakistan’s militarily plane crashed.

The Pakistani military aircraft was on a training flight path and crashed in a built-up area in the garrison city of Rawalpindi, in the early hours of Tuesday morning, killing all five crew members and 12 civilians.

Rescue officials say the military plane suddenly lost control with the tower and reason for the incident was not known. The Army is going to investigate how Pakistan’s Militarily plane suddenly crashed.