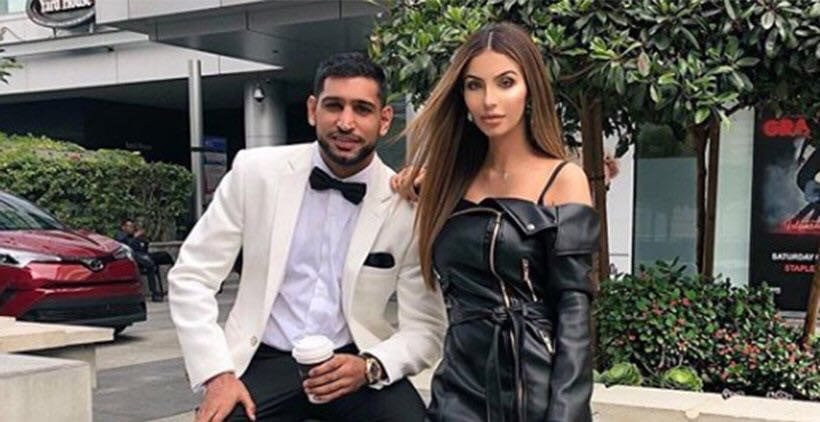 Faryal appeared on the breakfast show alongside former Sugarbabe Amelle Berrabah to debate whether people should be paid to look after their children.

“And I think that when you put it all together we should get paid more than like a surgeon or a lawyer, it adds up to £100,000 a year, more than that.”

Taking a different view, Amelle argued having children is your own choice, adding: “If you choose to have children, you should bring your children up with love, I just can’t see it as a job.”

GMB presenter, Kate suggested that her husband, pro-boxer Amir Khan should help share the workload of the family home responsibilities, Farayal said that it wasn’t an issue because of the professional help they cant afford.

“I’m lucky enough to get help and get a cleaner and get a cook but what about other mothers? She said. She went on to explain some of her friends have had to give up work to look after their children because childcare is more expensive.

Having children isn’t a right

GMB presenter Kate said having children isn’t a right and added why should couples who can’t have children pay tax to those who can.

“What about your own sanity?” She replied.

“I can’t even shower without an audience without my children it’s a 24/7 job without a break.”

Faryal said as a stay-at-home mum you are not appreciated and being trapped in your own home constantly looking after your children will drive people to depression.

GMB viewers were not pleased with Faryal’s opinions and many took to Twitter to air their disapproval.

One wrote: “ Utterly ridiculous statement. If you want to pay to bring up your kids you’re having them for the wrong reasons.

“Having children is an honour and a blessing, there are many in this world that would give up everything to have kids so thinking you should be paid is beyond belief!”

Another tweeter wrote: “Getting paid to bring your own kids up!! What next?? Never heard anything like it.”