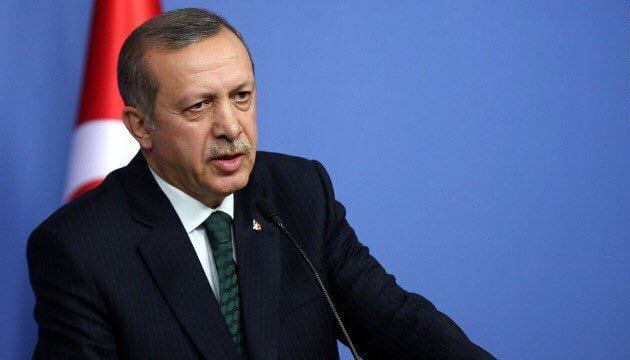 Children in some Turkish schools are being taught the justification of 9/11 and how the EU is a ‘weak Christian Club’. According to a report provided by the Nordic Monitor group; Secondary school students in Turkish public schools have been given a modern history textbook that appears to justify the 9/11 terrorist attacks in the US and label the EU as a “Christian club.”

Nordic Monitor is a group that covers and reports on extremist movements and radical groups, in their article they draw comparisons to the textbook and speeches by the Turkish President Recept Tayyip Erdogan. The textbooks used in Turkish schools also criticises the NATO alliance.

The Nordic MOnitor group are suggesting Turkey has created an alternative version to history, yet upon deeper investigation, WTX News uncovered in most cases the information being provided is a rationale of the entire events that took place during the 9/11 disaster. The textbooks don’t suggest 9/11 was retribution but teach the motives of the attackers.

Similarly, with the EU, Turkey has long been prevented from joining the EU, and according to Turkish officials, it is because of its Muslim heritage. Which draws the conclusion that the predominantly ‘Christian Club’ does not want to ally with a powerful Muslim nation who will impact the strategic decisions of the EU.

Turkey’s view on the US

The textbooks call the US “the main source of problems in the world with what it did in the aftermath of September 11” and added the US is seeking to have the “absolute dominance” of the international system.

“The US, which has more say with the self-confidence it gained in the aftermath of the Cold War but complies less with international agreement, has started to see itself as one of the equals in international relations”.

“From that point forward, deciding which countries would be punished and what systems would be changed relied on definitions and references made by the US. These practices by the US are one of the reasons behind the Al-Qaeda terrorist organisation’s attack on 9/11.”

The Pope and the EU

The textbook takes aim at the Pope and the EU for denying Turkey’s membership of the bloc. The text slams the EU for accepting weak states but denying Turkey, a predominantly Muslim nation.

A photo of EU leaders and the Pope in 2017 (marking the 60th anniversary of the Treaty of Rome) features within the text. The photograph is captioned by British-Polish historian Norman Davies as: “ I am talking about the common tradition of Christianity, which has made Europe what it is.”

It is the same photo that the Turkish PM Erdogan referenced during his 2017 presidential referendum rallies. Erdogan said the photo was evidence that western Europe was “hostile to Islam.”

The textbook slams NATO and in particular, the group’s multilateral foreign policy which the book claims destroyed Turkey’s defence industry and has forced the country to be reliant of US military aid. In recent years Turkey has shifted its alliance with US to closer towards Russia, and the recent purchase of the S400 defence system from the former Soviet republic has perturbed the USA.

The textbook has been faced with criticism with some saying children are being forced fed Erdogan’s rhetoric and his party’s beliefs from a very young age.