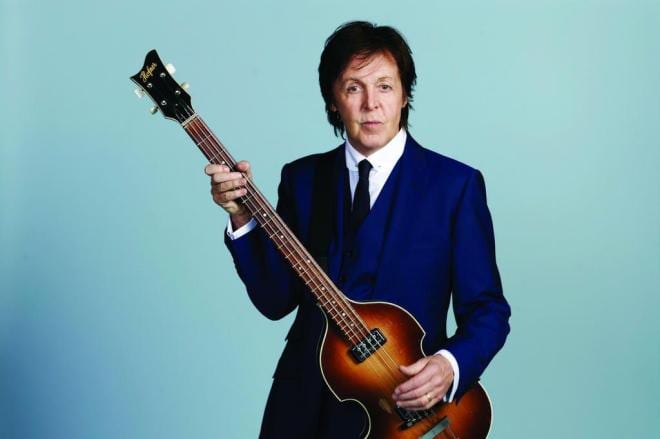 Yvonne Ridley at her most opinionated

Corbyn was champion of the Jewish community

I don’t know about you but I’m totally fed up with the lobbies pushing the idea that Labour leader Jeremy Corbyn is an antisemite. He’s not.

His party has behaved appallingly in dealing with the problem just as the Conservative Party’s efforts to crack down on Islamophobia within its ranks have also been incredibly lacklustre.

But it is worth resurrecting the story presented recently by highly respected academic Professor Geoffrey Alderman who also happens to be a specialist in Jewish history.

He recently reminded people that in 1987 Islington Council was working on a plan to flog off a Jewish cemetery to a group of developers.

The leader of the council at the time was a certain Margaret Hodge who has been targeting poor old Corbyn for more than a year now over the anti-semitism brouhaha.

What Dame Margaret, the veteran Labour MP, is less vocal about is the successful campaign run by Jeremy Corbyn to defeat the council’s plans to dig up and re-bury the corpses from the Jewish cemetery elsewhere.

Jewish historian Alderman points out that the “deliberate destruction of a cemetery is sacrilegious”. So it turns out Islington MP Corbyn championed the cause of local Jewish families putting people ahead of profit and property developers.

Dame Margaret gives no credit to Corbyn for this and I’ve no idea what her own position was. At best she supported Corbyn’s fight and would, therefore, realise that far from being an anti-semite he was a champion of the Jewish community. Or at worst, she supported those on the council who were happy to rip up gravestones and corpses thereby causing great distress to the Jewish community.

I’ve no idea which and my previous calls to Dame Margaret have gone unanswered. She can still contact me through and I’m happy to make her position clear on this matter.

Britain’s membership of the European Union has probably best served the science industry more than any other sector in the UK.So it’s little wonder that Professor Venki Ramakrishnan’s biggest fear as Brexit looms is that the field of British science could be irreparably damaged.

Sir Venki, the President of the Royal Society, issued his warning in a written briefing to both Tory Leadership candidates Jeremy Hunt and Boris Johnson but is his message too little, too late?
His analysis reveals that the UK collaborates with the EU far much more than was previously thought. His work shows that around a third of UK scientific research papers are co-authored with European counterparts compared to less than a fifth from America.
Brexit threatens the tens of millions of pounds which flows from the EU for scientific research which also gives our brilliant boffins access to the most ground-breaking laboratories in Europe and frequently puts them in pole position for such research.
“The loss of support from European research grants and collaborations would have an immediate impact on innovation in the UK and stop valuable research in its tracks,” said Sir Venki.
He added: “How the UK approaches immigration directly impacts our attractiveness as a place to work or train as a researcher. As well as tackling the immediate costs barrier, we need a cultural shift within the immigration system that makes us more human and welcoming in the way we handle cases.
“This is all very depressing news since I don’t hold great faith in either Jeremy Hunt or Boris Johnson to prioritise Britain’s scientific research.

Like many people I use the social networks to communicate, debate, discuss and entertain others online but I must confess I’m totally baffled when trying to decode the messages conveyed by pouting Instagrammers.

Now, to their horror I’m sure, Instagram is hiding the number of likes on posts in Australia, New Zealand, Ireland, Italy, Japan and Brazil, in order to alleviate the burden of pressure on users.

My posts carry a running total for those who’ve ‘liked’ my contributions and while I can’t compete with high profile personalities like Cheryl and Rihanna who get hundreds of thousands of likes, I’m quite happy when my offerings run into three figures.

However, if you want to carry on reading the full article then please click the link below.

I’m so glad that Alan Turing’s face will grace the new £50 note.

He was undoubtedly one of the greatest minds of the 20th century. Not only did his famous Enigma code-breaker help defeat Hitler’s Nazis bringing a conclusion to the Second World War but in doing so he probably saved millions more innocent lives.
Turing went on to become a ground-breaking computer pioneer and his work contributed to all manner of new innovations including the internet, email and life-saving scientific discoveries. The man was a genius.
He also happens to be the first gay person honoured in this way. I presume bigots and homophobes will see the launch of the new fifty as another way of corrupting society!
Instead of being so judgemental perhaps they’d like to tell their kids that it is because of heroic individuals like Alan Turing that we can live our lives so freely today.
Or they can always burn every £50 note that comes into their hands!
…………

You’d think at the grand old age of 77 former Beatle Sir Paul McCartney would want to put his feet up, relax and bask on a glittering career which has produced more than a ton of hit singles, write children’s books, poetry as well star in and write films for the silver screen.

Not a chance! Now he is penning his first stage musical based on an adaptation of Frank Capra’s classic It’s A Wonderful Life, the story of a suicidal man saved by his guardian angel. The popular knight was barely out of nappies when the film was released in 1946.
Now his musical is scheduled to open at the back end of 2020, assuming that is Sir Paul can finish the lyrics in time. He’s collaborating with Lee Hall who wrote the smash hit Billy Elliot and the recent Rocketman based on Elton John.
Personally speaking, I can’t wait for the curtains to rise on this one. I wonder what his next project will be.
………………………………………………