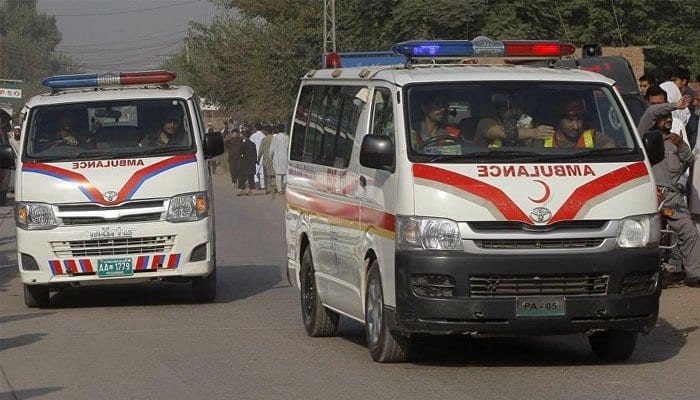 Breaking News: A gunman opened fire on a police post and then bombed the entrance to a hospital as the wounded were being brought in, killing a total of six policemen and wounding another 10 people.

Salim Khan, a senior police officer in Dera Ismail Khan, says gunmen on motorcycles opened fire on police in a residential area, killing two, and then targeted the entrance to the hospital, killing another four. The Pakistani Taliban claimed the attack.

According to police, the checkpoint was attacked by terrorists early in the morning and the bodies of the two martyred policemen were shifted to the DHQ hospital, where a suicide attacker detonated vest.

Police said the condition of a few among the wounded is critical.

DSP Iftikhar Shah said that police is suspecting that the suicide attacker was a female. It was not immediately clear whether the explosion was caused by a suicide bomber or a bomb planted on a motorcycle.

He said that the security forces have cordoned off the area and started to gather evidence from the site of the attack.

Dera Ismail Khan, often abbreviated to D.I. Khan, is a city in Khyber Pakhtunkhwa Province, Pakistan. It is about 300 miles from Peshawar.