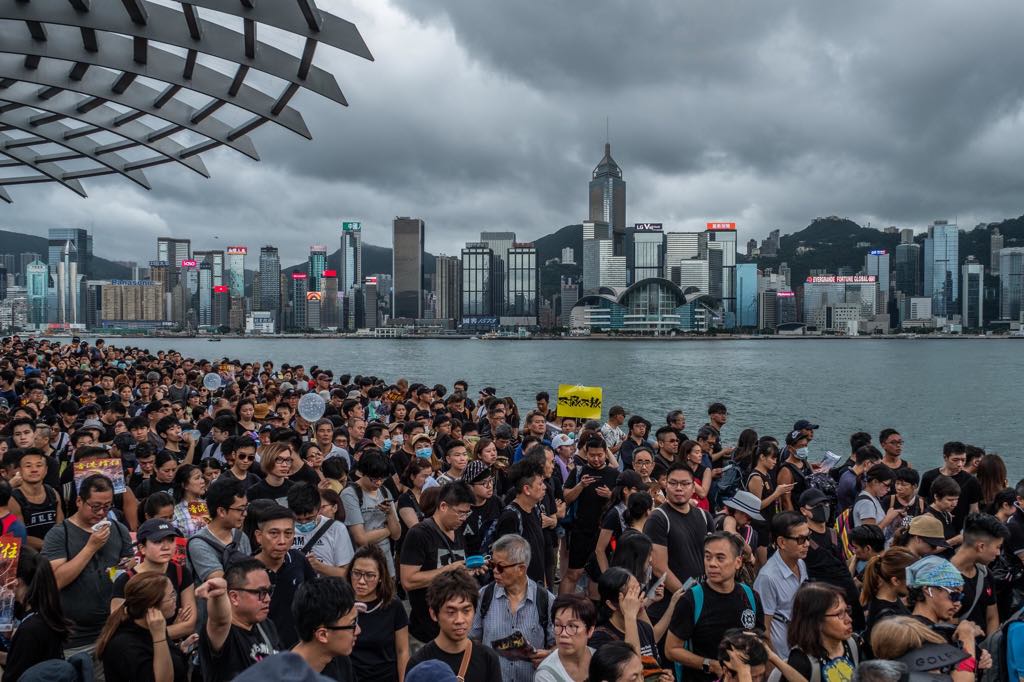 In this morning’s World News Briefing we start with the growing tension between China and the US. China responds to tensions over $3bn arm sales to Taiwan.

Staying with China, Hong King police seek better protection against protestors as the next round of demonstrations are expected.

And finally, India and Pakstan have opened up the airspace over Kashmir for civilian flights after 5 months.

CNN leads with the news of rising tensions between the Washington and Beijing as China held military drills off the coast of Taiwan. The US continues its support for the Island, which China views as part of its territory.

Tension has been brewing since the $2.2 billion US arms sale to Taiwan and one Friday, China threatened to impose sanctions against any US companies who sold weapons to Taiwan.

The military drills have been downplayed by Beijing and the People’s Liberation Army (PLA) called the drills “a routine arrangement according to (our) annual plans.” The PLA confirmed the drills involved both the navy and air force but gave no other details.

Read the full story on CNN

Arab News reports Hong Kong police have urged for better protection for the expected upcoming protests. The country has been rocked by large and sometimes violent street protests over the now-suspected extradition bill.

The police officers’ union has said it wants guarantees that the police chief and his seniors could ensure the “safety and mental health” of the officers.

Pakistan has reopened its skies for civilian flights, which had been forced to make detours after the fighting between New Delhi and Islamabad over Kashmir earlier this year. India has reportedly done the same.

On Tuesday morning, the Pakistani Civil Aviation Authority released a statement, saying it had issued a notice to airmen on Tuesday, that opens the Pakistani airspace for “all types of civilian traffic.” The order is applicable “with immediate effect.”

Turkish President Recep Tayyip Erdogan has celebrated the arrival of the Russian S-400 air defence system and stated that he wishes to co-produce weapons with Russia in the future.

Speaking in Ankara Erdogan promised that the newly-acquired S-400 batteries will be fully deployed in less than a year. Russian cargo planes began delivering the system’s components on Friday, with more transport flights arriving over the weekend.

Monday marked the third anniversary of a failed coup attempt against him.