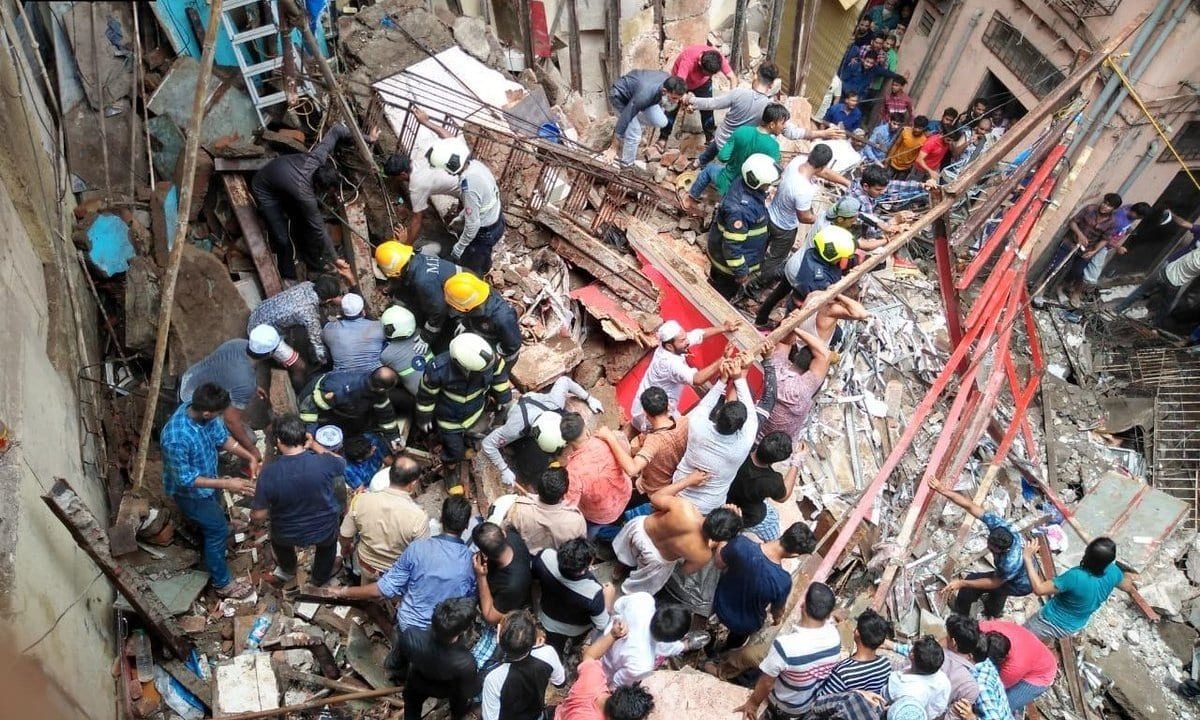 A four-storey building collapsed in India’s financial capital of Mumbai on Tuesday, trapping dozens in the rubble.

According to the Fire department, the Death toll in Mumbai building collapse has reached 5 with many still trapped under the rubble.

All the killed so far have been Muslims that lived in the building. They have been named as:

It was the second such collapse around Mumbai in less than ten days. Monsoon rains that have battered the city have destabilized older or badly constructed structures, leading to multiple building collapses over the years.

“We don’t know exactly how many are trapped, but with the input provided by neighbours, we estimate more than 30 could be trapped,” said the official, adding that rescue operations were hampered by narrow lanes in the area.

Collapse of a building in Mumbai’s Dongri is anguishing. My condolences to the families of those who lost their lives. I hope the injured recover soon. Maharashtra Government, NDRF and local authorities are working on rescue operations & assisting those in need: PM @narendramodi

This building was supposed to be demolished in 2017. According to a BMC letter in 2017, to MHADA which details the audit report of the Kesarbai building in Dongri, it classified the building as “C1.

BMC had told MHADA that the building should be “evacuated for demolition at the earliest”.

However sources in Dongri in India have suggested, the classification was ignored and wasn’t taken seriously because it was populated by mainly Muslims the request was ignored.

The Dongri building collapse has once again brought Mumbai’s crumbling infrastructure under a magnifying lens. The building collapse is the most recent in a series of similar such accidents that have taken place in the last few years.