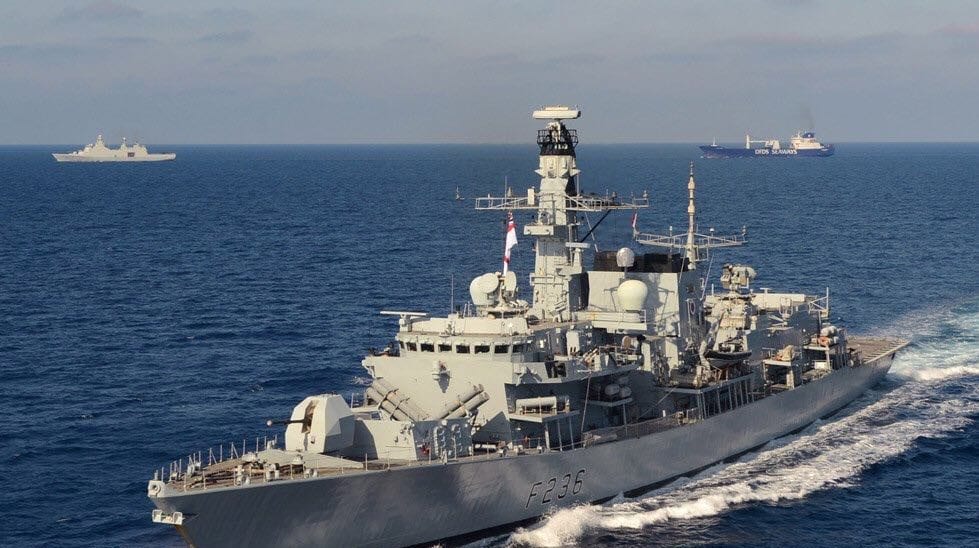 Latest from the Persian Gulf – Iran and UK standoff!

Iranian boats “attempted to impede” a British oil tanker near the Gulf on Wednesday, the Ministry of Defense has said.

The vessel, British Heritage was sailing out of the Gulf into the Strait of Hormuz area when the incident took place.

Five armed Iranian Islamic Revolutionary Guard Corps boats surrounded the British ship in an attempt to force the ship off course. The Iranian boats had ordered British Heritage to change course and stop in nearby Iranian waters, officials say.

“Contrary to international law, three Iranian vessels attempted to impede the passage of a commercial vessel, British Heritage, through the Strait of Hormuz,” said a statement released by the UK government on Thursday morning.

The British warship, HMS Montrose, which had been escorting the tanker, successfully trained it’s deck guns onto the Iranian boats and gave them a verbal warning forcing them to turn away.

The Ministry of Defense has urged Iranian officials to de-escalate the situation.

Iran’s Revolutionary Guard’s have denied the claim that the had tried to intercept the British vessel according to the semi-official Fars news agency.

“Growing tension in the Persian Gulf”

The incident comes less than a week after British Marines helped to intercept an Iranian oil tanker believed to be heading to Syria.

On Wednesday, Iran’s President warned the UK would face consequences if they did not release the Iranian oil tanker- which remains in British possession.

Last month saw the US and Iran in a military standoff after Iran shot down an American drone over the Strait of Hormuz.

After President Trump pulled out of the nuclear deal and imposed sanction on Iran, some have speculated Tehran has purposefully been sabotaging oil tankers in the Strait of Hormuz as an economic counter-attack against the US.