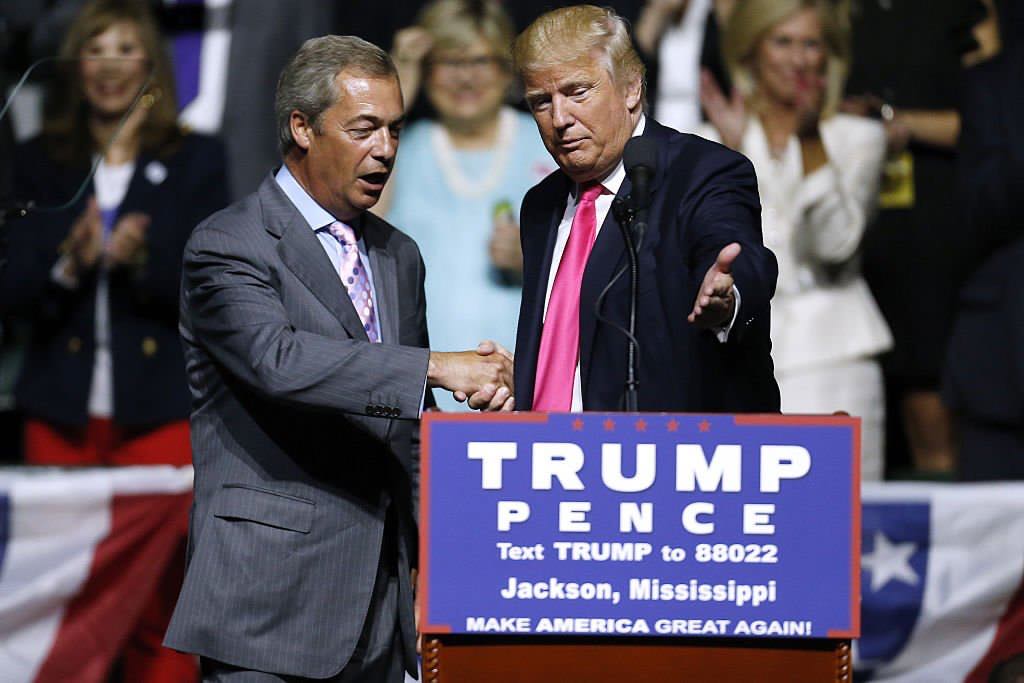 Farage and Trump have been pals since the Hollywood access tapes came out in 2016.

Brexit Party leader Farage has said Darroch is “the wrong person to be ambassador”. Adding he is a “Globalist in outlook, totally opposed to the Trump doctrine.”

President Trump previously gave public backing to his friend Farage for the UK ambassador job. The idea was shut down in 2016 by the Foreign Office and Downing Street.

Trump fires back at UK ambassador for calling him ‘inept’

Farage’s friendship with Donald Trump was forged in the US 2016 presidential campaign when almost all others abandoned the Republican nominee, Farage came out in support of Trump.

The tape had just been released, revealing in shocking detail how Mr Trump had once privately bragged about sexually assaulting women. Mr Farage came out in support of the US president and ever since has become one of his close friends.

It is almost expected that the former leader of the UKIP come out and defend his ‘pal’ publically. As he recently did when Trump had his recent spat with Sadiq Khan, Farage called for the Pakistani heritage Mayor of London to be ashamed of his actions and leave his post.