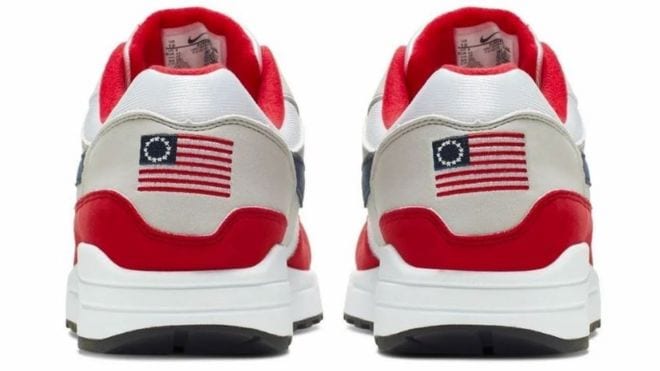 Who teaches our children to hate? The answer is closer to home than you might think!

Recent violent attacks launched by young people on innocent members of the public going about their business have caused me and many others in the UK great concern.

I mean what gives total strangers the right to verbally insult, goad, taunt and then assault someone without genuine cause or grievance? Yet this is exactly the sort of routine violence being carried out in Britain today.

The cause is definitely grounded in the twins of evil – hate and ignorance, fuelled by an irrational fear of the unknown.

It is happening on an almost daily basis but now and again the attacks are so shocking they attract headline news as in the case of the lesbian couple who were violently beaten on a London bus after five teens, including schoolboys, allegedly ordered them to kiss.

Exactly what happened will no doubt unfold in court sometime in the future but whatever the outcome it will not change the facts that one of the victims needed to have the bones in her nose reset while her partner suffered a fractured jaw.

A couple of weeks later I read about two men in Liverpool who were verbally insulted by three strangers until one attacked them with a knife. One victim sustained serious head wounds and his partner suffered stab wounds to his hands.

The youngest detained for this homophobic aggravated assault is said to be only 12 years old. Again, the full details have yet to unfold in a court of law so it’s difficult for me to make a judgment in this case.

These statistics are shameful and show how the UK is becoming a less tolerant place to live. That young people feel emboldened to launch these bigoted and hateful attacks is alarming.

Which shows, all the more, the pressing need for the teaching of equality programmes in our schools.

The hate being spewed from my own community is worrying and I fear that my wonderful faith of Islam is being weaponised by those who are hijacking the religion.

We can see this by the way some scholars are framing homophobia and reacting to certain aspects of education in schools.

Whipping up a storm among the ignorant and homophobic is very easy to do but the facts are schools in the UK are not teaching pro LGBT lessons, or promoting any aspect of sexuality.

The schools are teaching something Islam has always taught, and that is inclusiveness. Islam promotes peace and tolerance but its teachings are not compulsory in British society however teaching inclusiveness is part of the school curriculum.

I see the suspended equality programme at the centre of a row about teaching – among other things – LGBT rights will return at Parkfield Community School in Birmingham. The ‘No Outsiders’ initiative there triggered protests which then spread to Anderton Park Primary.

Parents said the teachings were not “age appropriate” but on Wednesday the school announced it was rolling out a new version designed to respect parental concerns.

Called ‘No Outsiders for a Faith Community’, it will be implemented at the Community School in Alum Rock in September after five months of consultation with parents, community representatives and the Department for Education.

Race, religion, age, gender, gender reassignment, sexual orientation and disability will all be referenced in the new programme.

Schools like these are neither pro or anti LGBT, but they are bound by law to apply the Equalities Act and allow children to celebrate diversity and tolerance. Sadly, the recent reporting of disputes over sex education lessons in schools has either been deliberately distorted or manipulated by irresponsible observers and lazy journalists who want to fan the flames of hate on all sides.

All they are doing is encouraging the backward patriarchy with its misogynistic codes of shame and honour not to mention whipping up hatred which is being picked up by some youth as an excuse to launch vitriolic and sometimes harmful attacks on gay couples.

Sadly those who would fuel Islamophobia are taking full advantage and using the actions of a few to paint a bleak picture about Muslims’ views across Britain.

And there, caught up in the middle are our innocent school children who, like their parents, are as diverse today as they have ever been. Children all over the UK are being brought up by two parents, single parents, grandparents, gay couples, vegetarians, vegans of all faiths and none, of all skin colours and backgrounds.

On what basis should these children be judged or made to feel uncomfortable because their parents might be different?

Sex education and every factor its covers should be taught in schools, not least of all because every single one of us is a product of a form of sexual reproduction and that is a fact.

We women occupy half of the world and we gave birth to the other half, yet the patriarchy tries to impose its views and make everyone conform to a narrow, skewed vision which they want to portray as the norm.

All sorts of relationships, including same-sex partnerships, need to be taught and discussed in schools today. It’s not being pro or anti anything, it’s a matter of fact and goes no way to undermining religious views.

If parents feel that their religious views are being undermined then they really have to ask themselves if they are happy living in a country which offers them equality laws and protection enjoyed by everyone else in Britain today?

This equality gives every one of us the right to express our views and differences in a civilised, productive way and without fear.

I want to live in a country where people can walk about freely or travel on public transport with their partners without fear of being targeted or persecuted for their gender, sexuality, skin colour, faith or culture.

Children aren’t taught how to hate at school … sadly these are lessons they pick up closer to home.

So little Britain has vented its fury at the Chinese dragon amid a growing diplomatic row over the recent protests in Hong Kong.

Now Beijing has retaliated instructing the UK not to “interfere in its domestic affairs” but I would urge the mass protestors not to put too much reliance or comfort on the words coming out of London.

I’ve a sneaking feeling there’s some false posturing and gesturing going on here over the comments by Foreign Secretary Jeremy Hunt and others showing support towards the young demonstrators’ activities.

The outspoken Chinese ambassador was summoned to the Foreign Office on Wednesday evening to be dressed down by Sir Simon McDonald, head of the FCO’s diplomatic service, for espousing so-called inappropriate views.

Bearing in mind Britain initially supported the Arab Spring uprisings only to turn its back on the various movements, if I were the Hong Kong protestors I would not rely too much on Westminster’s words of encouragement.

Last month’s street rallies over a controversial extradition bill took a new turn at the start of this week when a group of activists peeled away from the peaceful protestors to force their way in and occupy the Legislative Council building.

To the consternation and anger of those in Beijing they even raised the colonial-era British flag in historic reference to the 1984 treaty between the UK and China which paved the way for sovereignty over the territory to pass back to Beijing in 1997.

Hunt pledged his “unwavering” support to the ex-British colony and its citizens’ freedoms. He was obviously more than happy to take time out from his Tory leadership race with Boris Johnson to express his support (and generate some headlines) to the protestors.

Of course, there’s nothing like a good spat with China for trying to rouse colonial passions among the 160,000 Conservative Party members whose support Hunt needs for the top job … or am I being too cynical?

The American flag is at the centre of a row in which sporting giants Nike have been accused of producing a “racist trainer.”

Political veteran Mitch McConnell is calling on the sportswear manufacturer to reverse a decision to halt sales of the controversial trainers and promised to order a pair for himself!

Trouble began when Nike launched a special-edition Fourth-of July trainer showing an old US flag that some view as having deeply racist overtones.

The trainers show the Revolutionary War-era Betsy Ross flag which is associated with the era of slavery. The flag was also adopted by the American Nazi Party and other right-wing extremist groups.

While many applauded the firm’s decision to withdraw the show there’s been a massive backlash from conservative America and the governor of Arizona, Doug Ducey, ordered the cancellation a $1m grant to help the company build a factory in the state.

McConnell stormed: “I think we’ve got a problem if some Americans find the American flag controversial. I hope Nike either releases these shoes or some other shoemaker picks up the flag, puts it on a pair of shoes and starts selling it. I’ll make the first order.

“If we’re in a political environment where the American flag has become controversial to Americans, I think we’ve got a problem.”

I disagree. If sporting legends like Nike-sponsored Colin Kaepernick, who famously ‘took the knee’ during the playing of the national anthem before games to protest against police violence against African-Americans, has a problem everyone should listen.

No one is saying the US flag is a symbol of slavery, oppression and racism but the version on the heel of this special edition trainer obviously invokes a great deal of disquiet among some Americans.

They have made their views known and Nike has listened and reacted accordingly. What’s the big deal?

Hero of the Week is a baddie

My hero of the week is soon-to-be-Bond villain, actor Rami Malek who recently won an Oscar for his role as Queen frontman Freddie Mercury in the film hit Bohemian Rhapsody.

The actor who is of Egyptian descent insisted on certain terms before agreeing to play the latest Bond baddie. He said during a conversation with director Cary Fukunaga he warned he would not accept a role as a religious fundamentalist.

“I said, ‘We cannot identify him with any act of terrorism reflecting an ideology or religion,'” Malik told showbiz media. “‘That’s not something I would entertain, so if that is why I am your choice then you can count me out.'”

The director agreed and so now we can look forward to seeing Malik, 38, perform as a Bond villain without the usual damaging stereotypes often linked to Arab actors.

Can’t wait to see his character role in the film, due out in April 2020. Well done Rami.

Great to see Chelsea Pensioner Colin Thackery, the winner of Britain’s Got Talent, is not being held back by ageism.

Not only is he the oldest winner on the hit TV show but he has just become the oldest person in the world to sign a debut solo album in a deal with Decca Records and Simon Cowell’s Syco Entertainment.