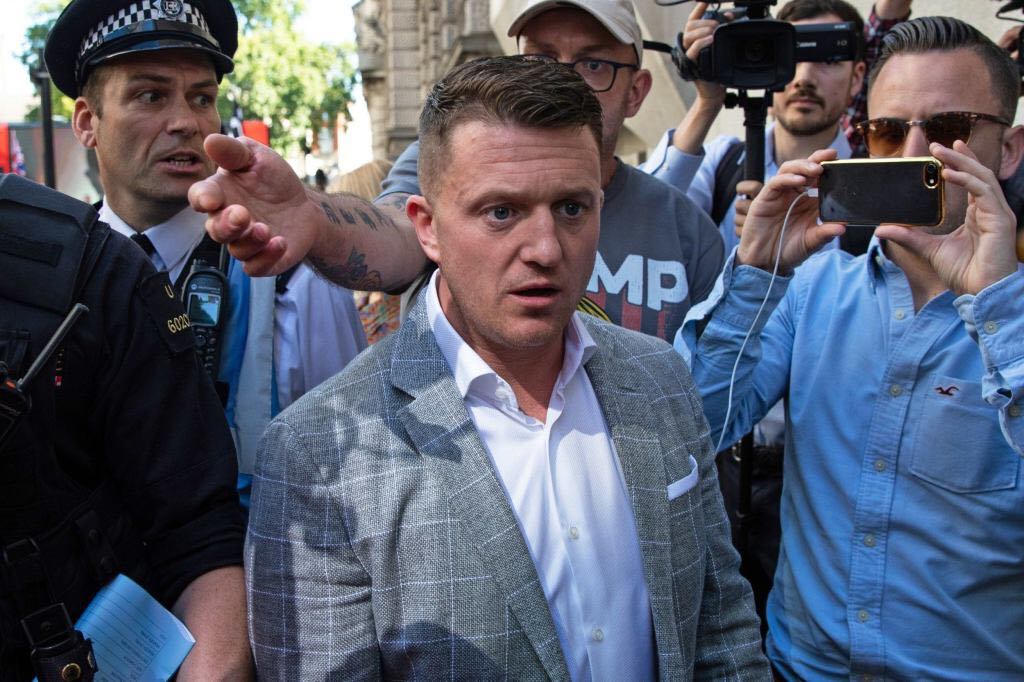 Tommy is at it again.

Ex-EDL leader Tommy Robinson comes under scrutiny for his live Facebook broadcast of defendants in a criminal trial.

In May 2018, Mr Robinson filmed defendants accused of sexual exploitation at Leeds Crown Court. Around 10,000 people had watched the hour-long broadcast, the Old Bailey heard on Thursday.

Lawyers have confirmed reporting restrictions had been put in place to ensure publication of any details were not released. The case is part of a series of linked trials which involved 29 defendants.

“Inconsistencies” in Mr Robinson’s various accounts of his efforts to check reporting restrictions on the case prior to the broadcast were heard in Court today.

“Even if he did not know for certain the terms of the order he knew the existence of such an order was likely and again was subjectively reckless,” Andrew Caldecott QC said.

Robinson knew there was a reporting restriction and checked on the day to see if it had been lifted. However, he believed as long as he did not give any details it “didn’t matter”.

Mr Robinson failed to mention checking report restrictions in his evidence prepared ahead of the hearing. Robinson said he was in prison at the time and didn’t believe he would be getting out.

Robinson believed he had been put in jail to be killed and had ‘given up’.

Mr Robinson stated he believes that images of defendants accused of serious crimes should be made public and said it was his “total purpose” to raise awareness of these issues.

Mr Robinson could be sent back to jail for up to two years if he is found guilty of contempt of court.