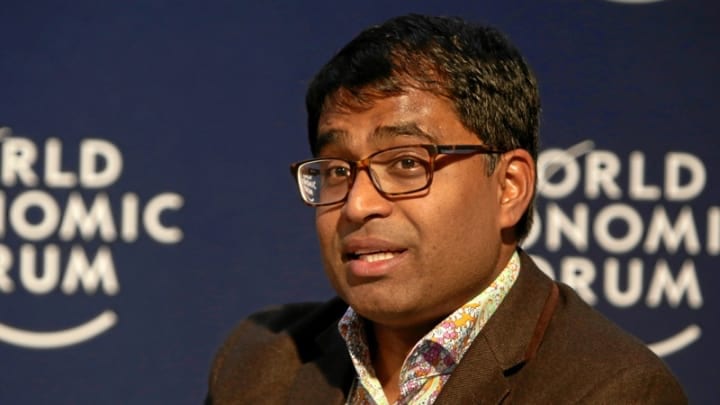 All credit to the Charity Commission for taking the initiative over claims that an organisation formerly led by Oxfam’s new boss Danny Sriskandajarah covered up a sex scandal.

Within 24 hours of the story breaking it appears the English charity watchdog was straight on the case about why a senior figure in the Royal Commonwealth Society (RCS) was allowed to ‘quietly resign’ after a depraved dossier of filth containing alleged encounters with sex workers surfaced.

What I would like to know is why this Establishment figure is still being protected by a gagging order after the growing evidence of wrongdoing by this man.

It appears the Charity Commission is acting upon information it has now been given by the RCS whose patron is the Queen and Vice President is Camilla, Duchess of Cornwall.

According to an article in the Mail on Sunday, a small ‘clique’ at the RCS knew about the unsavoury contents, photographs, videos and extensive notes contained within the dossier.

I think we need to know who they are as well and find out why they thought it best to cover up the antics of this senior figure rather than report him to the Charity Commission.

The only person who did not want to cover up the potential sex scandal back in March 2009 was the RCS’s head of public affairs Nigel McCollum.

As usual, McCollum was treated the same way as many whistleblowers and was forced out of his job at the RCS where Danny Sriskandarajah was employed as a director.

The high-flying Sriskandarajah who was elevated into the top job at the RCS after serving in a minor department of a New Labour think tank for less than two years is now the new chief executive at the troubled charity Oxfam.

He has been boasting on Twitter, Channel Four News and any other journalist or media outlet wanting to interview him, that the buck now stops with him as he cleans up Oxfam’s mess following a damning report into ‘appalling safeguarding failures’ during the Haiti sex abuse scandal.

Yet he denies there was a cover-up at RCS and insists he was ‘not involved in, or party to’, any decisions relating to the resignation of the mystery man.

However Sriskandarajah has gone, what I can only describe as ‘media shy’ and off the social network radar since this latest revelation emerged.

Oxfam sex scandal is the tip of the Iceberg

If he does decide to talk to the media, perhaps he can call and explain to me why the senior RCS figure in question quit as soon as the dossier emerged and why he is being protected by a gagging order? Perhaps he could also explain why as Director he claims he knew nothing and it was not his responsibility?

Dr Greg Munro, the current chief executive of the RCS, says he ‘appalled’  by the revelations and makes it quite clear had he been the CEO at the time (instead of Sriskandajarah) then he would have made sure the matter would have been reported pronto to the Charity Commission ten years ago.

This is exactly what the Charity Commission expected then as it does now.

It is unfortunate that none of today’s RCS staff or trustees were involved with the organisation back in 2009 so I guess I’m going to have to start digging through the archives to try and find out who they are and why they chose to protect the mystery man.

Brilliant US lawyer Louis Brandeis and campaigner for justice once said: “Publicity is justly commended as a remedy for social and industrial diseases. Sunlight is said to be the best of disinfectants; electric light the most efficient policeman.”

He was indeed right. You can rest assured I will dig through the debris of this story and intend to name names where I can since this whole sordid affair needs transparency.

It is 2019 and gagging orders are so last century. Indeed just a few weeks ago the Women and Equality Committee of the UK’s Parliament chaired by former Cabinet Minister, Maria Miller said: “The effects of (gagging orders) are deeply troubling … there is a fear allegations will not be taken seriously or investigated and they (whistle-blowers) will lose their job. This cover-up culture has to be challenged”.

Surely we should stop treating He-Who-Must-Not-Be-Named as some grand wizard because he does not have the powers of Lord Voldemort or some magical protection. Watch this space ..

www.wtxnews.com – News Briefing service – Customise the news you need each week to keep you in the know!