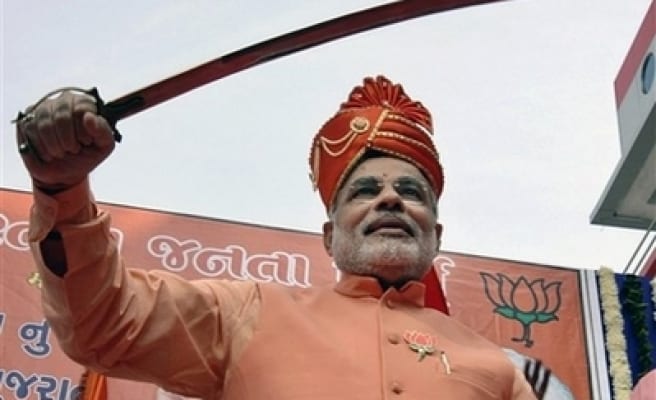 Modi was accused of ethnic cleansing in Gujarat in 2002.

A former senior Indian policeman who accused Prime Minister Narendra Modi of complicity in deadly communal riots more than a decade ago was jailed for life on Thursday over the death of a man in custody in 1990.

Almost 1,000 Muslims were killed in 2002 in the southern Indian city of Gujarat. Some reports from India suggest this figure was closer to 2500. As riots erupted following a train blaze when Hindu extremists retaliated by attacking Indian Muslims in the southern state of Gujrat.

At that time, Narendra Modi was the Chief Minister of Gujarat and he was accused of initiating and condoning the violence, who allegedly directed the rioters and gave lists of Muslim-owned properties to the vigilantes to attack.

Sanjiv Bhatt said in an affidavit to the Supreme Court in 2011 that he was present at a meeting when Modi ordered police to allow Hindus to “vent out their anger” after the train fire.

But Bhatt, the most prominent of several police officers to make similar claims, later failed to prove his presence at the meeting, with most of his witnesses turning hostile. India’s corrupt political system often preys on the weak and this incidence demonstrates the power of the elite.

As a result, Modi the high-flying politician who was contesting the for the position of Prime Minister of India was cleared by a Supreme Court-monitored investigative team.

By now he was elected as the Prime Minister of India, and with the power of the PM office behind him, Bhatt was sacked in 2015 over an unauthorised absence from work.

Modi had to silence the police officer before he started his re-election campaign in 2018, which was widely tipped to be closer than the previous one.

In 2018 he was arrested and has been in prison since after ruling Indian authorities had stacked up misconduct cases against him. Which some suggest are politically motivated to discredit him.

On Thursday, Jamnagar district Judge C.M. Vyas found Bhatt and another officer guilty of torturing and murdering a detainee. these allegations date back to when Bhatt was the police chief of the district in 1990.

Bhatt was sentenced to life in prison for murder and assault, said public prosecutor Tushar Gokani. Five other police officers who also spoke out and gave evidence were also jailed for two years.

Though officially Indian authorities have classified the riots as communalist riot, the events of 2002 have been described by many to have met the “legal definition of genocide,” or referred to them as state terrorism or ethnic cleansing.