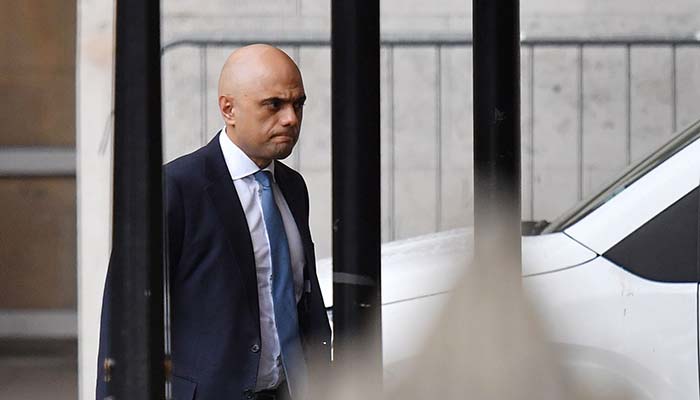 Home Secretary Sajid Javid was eliminated from the race to become Britain’s next prime minister on Thursday, leaving Jeremy Hunt to battle Boris Johnson in the final run-off for the leadership battle.

In what has been described as an evening of tactical voting Sajid Javid was eliminated, failing to convince Tory party leaders that he had enough power and conviction to unite the nationalists and ‘Remainers’ in the party.

Some political analysts have suggested that Sajid never really stood a chance and didn’t fit the ‘White-Eton’ mould. And his campaign was more a token gesture to bring diversity to the typical ‘Old-English-man’ Tory crowd.

It was something Sajid was acutely aware of whilst making his challenge and has been strategically plotting to secure a cabinet position with Boris, who is likely to be the new leader.

In what most see as a likely outcome, front runner Boris needs to command a secure and powerful position within the party in order to negotiate and exit the UK from the EU in October.

In a likely scenario, Boris will enlist Sajid Javid as a minister in his new team in an attempt to unite the Tory party and to stem the tide of Islamaphobic accusations in the party.

Although the backlash to Mr Patels questions has been centred around his ‘Anti-Semitic tweets’, he did highlight the lack of diversity in the Tory party and some of the leadership candidates Islamophobic rhetoric which has dogged the party for many years.

Javid received the fewest votes in the fourth round of voting, gaining the support of 34 Conservative MPs, while Johnson extended his commanding lead and Gove leapfrogged Hunt into second place.

Despite the huge loss for Javid, he is a career politician and will take the result and move towards cementing his position as a senior and influential politician so he can re-build a base to challenge again in the future.

Mr Johnson and Mr Hunt will now take part in hustings in front of Conservative Party members around the country, before members’ postal votes are counted, with the final result to be announced during the week of 22 July.

They will also take part in a head-to-head debate on ITV on 9 July, following previous leadership debates hosted by Channel 4 and the BBC.