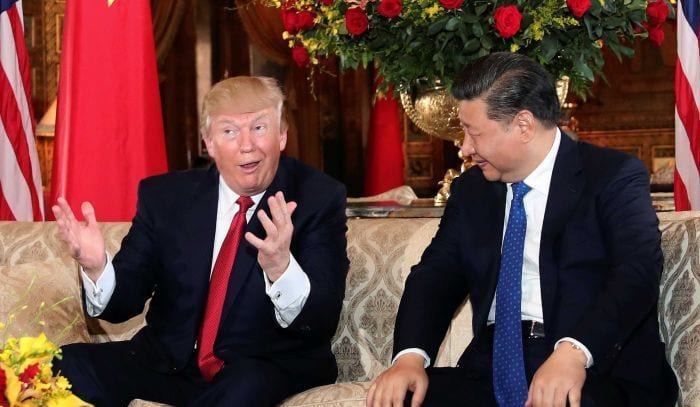 The President of the United States of America Trump and Chinese President Xi have agreed to meet at the G20 summit. Providing a sigh of hope to the global economies who are bracing themselves for a trade war which has already sent preliminary shockwaves through the markets.

The US and China have raised tariffs on some of each other’s goods and companies, but the Chinese president said the problems between US and China won’t benefit either side.

The two leaders spoke on the phone on Tuesday, weeks after negotiations broke down when Trump accused Beijing of reneging on its commitments, hiked tariffs on $200 billion in Chinese goods and then blacklisted Chinese telecom giant Huawei.
The US president took a conciliatory approach this time.

Trump is being forced to buckle under International and domestic pressure – The US economy cannot afford a trade war with China and he knows it. It is, in fact, a credit to Chinese resilience that they have been able to measure their responses in the face of Trump’s gun-slinging yahoo approach.

The Us President went on to Twitter and wrote “Had a very good telephone conversation with President Xi of China. We will be having an extended meeting next week at the G-20 in Japan,”

Followed by “Our respective teams will begin talks prior to our meeting,” he said ahead of the June 28-29 summit.

Global shares were buoyed by the announcement, with Wall Street rallying on Tuesday and Asian stock markets surging on Wednesday.

The United States and China seemed close to an agreement when talks collapsed last month.

Beijing retaliated to Trump’s tariffs and protectionist measures against the Chinese company Huawei by increasing custom taxes on $60 billion in US goods, creating its own list of “unreliable” companies and individuals.

Global markets and analysts remain concerned about Trump’s threat to impose more tariffs of an additional $300 billion in Chinese imports, which could hurt the already slowing global economy.

Trump last week threatened to “immediately” increase tariffs should Xi fail to show up at the meeting. The United States has so far imposed 25 percent duties on more than $250 billion of imports from China.