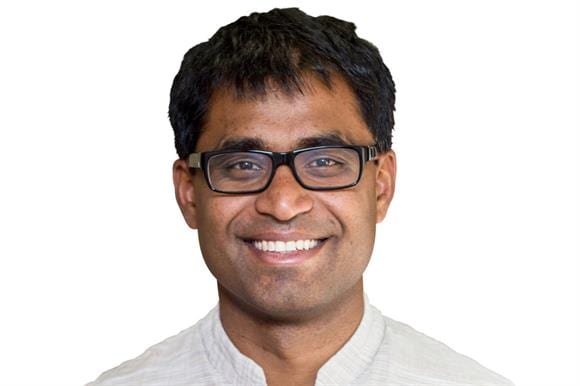 Oxfam’s struggles, but at what cost?

I see Oxfam is back in the news following accusations of more cover-ups, this time by its chief executive Danny Sriskandarajah, the new man at the helm who promised to clean up the mess left by the Haiti debacle after aid workers were accused of having sex with earthquake survivors.

According to Nigel McCollum, a whistle-blower, Danny Sriskandarajah was involved in an alleged cover-up at the Royal Commonwealth Society when one of its senior figures was allowed to slip away quietly from his role and resign over tawdry allegations about his sexual behaviour.

RCS Director at the time, Sriskandarajah denies any such cover-up and, of course, he may well be right but I have a nagging doubt based purely on Charity Commission protocols which insist that any charity in which a senior figure resigns for reasons of misconduct must alert the Commission in order that they can investigate.

This isn’t just about reputational damage of the charity involved. The Commission needs to alert other charities that person may be associated with for the purposes of safeguarding and this does not appear to have been done by any of the RCS trustees at the time or, indeed, Sriskandarajah.

As a result, the man who was allowed to step down quietly from the RCS – he is apparently protected by a gagging order – was able to hook up with other charities without his deviant sexual predatory practices on vulnerable young people coming to light.

This unsavoury story isn’t just about one sexual predator though, in my view. It is more about the lack of transparency and the unwillingness to accept responsibility for when things go badly wrong in the charity sector.

As a journalist I’ve gone through war zones, areas flattened by earthquakes and floods and gone into refugee camps where people are at their most vulnerable. I’ve seen the big, medium and small charities in operation close up – some have done sterling work while others less so.

What has appalled me is the attitude of some aid workers – predominantly men – who strut their stuff like rock gods among the most vulnerable survivors of man-made and natural disasters.

Clearly, some of these aid workers find it hard to grasp the culture of honesty, transparency and accountability and the higher up the chain of command there seems to be even less transparency. Little wonder in a recent report by the Charities Aid Foundation, it emerged less than half of the population feel charities are trustworthy.

I suppose I should not be surprised at the reaction of Sriskandarajah at Oxfam and the RCS who rushed to absolve themselves of any and all blame arising from this latest saga. Yes, a great deal of time has elapsed since the “quiet resignation” back in 2009 followed by more than a year of legal wrangling ending in a gagging order on McCollum by 2010 while Sriskandarajah was still at the helm.

It almost beggars belief that Sriskandarajah told the Mail on Sunday that he wasn’t involved in or party to the “quiet resignation” or the subsequent fall out that followed especially since I would have thought as Director he must have been heavily involved in the months of legal negotiations over whistleblower McCollum’s position and gagging order. Surely the trustees could not have signed off on any deal with McCollum without the Director’s knowledge.

Whatever the truth, he certainly has his job cut out at Oxfam which is at the center of a damning Charity Commission report. The Commission accused the charity of having a culture of “tolerating poor behaviour” that had “repeatedly fallen below standards expected”.

The report lambasted the organisation for its “flawed response” and “culture of poor behaviour”. Oxfam’s reporting of the offences were “not as full and frank as they should have been”, the report went on to say. Well, that was a bit of an understatement to be sure.

I may be wrong about Sriskandarajah, and I will be the first to publicly apologise if I am, but I want to know why he as a Director – and thereby Secretary to the Board – of RCS says he was not involved in or party to any decision relating to the departure of the senior figure. Surely he would have made it his business to find out the reasons?

A Director surely has a legal duty to inform the board of any legal proceedings involving it; there are also very clear Charity Commission regulations and guidelines on governance. I’d imagine a high-flying executive as impressive as Sriskandarajah would pay attention to such detail, unless, of course, he was unaware of all of his obligations at his time at RCS.

I used to laugh when the hapless waiter Manuel in the TV comedy Fawlty Towers would say: “I know nothing.” However, we can not and should not treat the charity sector like some three-star business run by an eccentric hotelier. Basil Fawlty may have adopted the Ostrich position but there’s no room for such absurd behaviour among some senior managers and Trustees of charities.

Why do some senior people in the charity sector find it so difficult to grasp what it means to embrace transparency and accept the responsibilities that come with accountability, fat salaries and generous pensions?

I’d also like to know why it is the whistleblowers in our society who are hounded, punished, harassed and bullied by powerful people and their lawyers should be cowed into silence. Surely frankness is not to be feared? They should be seen as valuable personnel who are helping to protect the risk to both the reputation of the organisation in the question itself and the beneficiaries who may be at risk?

Perhaps it is high time British whistleblowers should be rewarded and compensated fully for their courage in stepping forward and this drive for gagging orders done away with. There’s something sinister afoot when people are silenced by their superiors for reasons other than commercial sensitivities.

Meanwhile, back at Oxfam, it seems no expense is being spared to produce glossy PR videos and brochures proclaiming a new era of transparency and accountability. Great stuff! Let’s have more transparency starting with the naming and shaming of this man who was allowed to quietly resign from the RCS.

I am told he’s now linked to other organisations and charities with trustees and boards having absolutely no idea about his deprived background and targeting of the weak and vulnerable.

Transparency in the charitable sector involves much more than submitting financial spreadsheets to the charity commission every year. Transparency is not simply publishing equal opportunity data. And, transparency is most definitely not simply completing a load of tick boxes on the number of alleged safeguarding incidents.

Much of this boils down to class and the Establishment. Time to call an end on the institutionalised and ingrained ‘old boys’ network. No more cover-ups or protecting those accused of behaviour wholly at odds with the work expected of the charity sector.