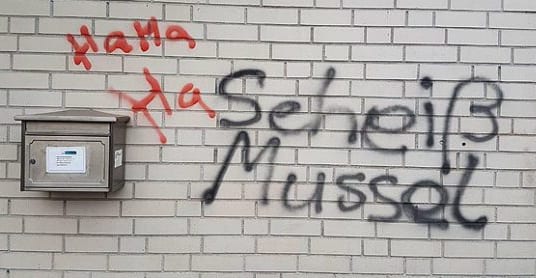 Two mosques in the German cities of Kassel and Bremen witnessed acts of vandalism and the desecration of the Muslim holy book, the Quran.

The German government has issued a statement condemning the incident in which around 50 copies of the Quran were damaged and thrown into toilets at a mosque in Bremen.

Police say that one or more people ripped up copies of the Islamic holy book at a mosque in the northwestern city of Bremen on Saturday. They have appealed for witnesses to come forward.

The perpetrators broke into the Bremen mosque and ripped up 50 copies of the Qur’an. Fuelled by the Far-Right movement in Germany and Europe the attacks on the Mosques are showing a rise in Islamophobia in the EU.

According to a local mosque association, some pages were stuffed into a toilet.
Chancellor Angela Merkel’s spokesman, Steffen Seibert, said Wednesday that “this is exactly the kind of aggression against the peaceful exercise of religion that we will not tolerate in this country.”

Another mosque in the city of Kassel also witnessed an attack, where the perpetrators broke windows, leaving the place in ruins. It remains unclear how many vandals were involved as the suspects have not yet been identified.

Aiman Mazyek, a prominent German Muslim leader, said the act appeared aimed at fueling “the spiral of hatred and violence against Muslims and their mosques.”

Muslims living in the German cities of Bremen and Kassel have expressed indignation at the incidents, calling on authorities to take immediate action against anti-Islam rhetoric.

It reported that between 2015 and 2019, there have been 139 cases of attacks on Islamic places of worship, which included vandalism, acts of defacing, graffiti, fire, and pig heads.