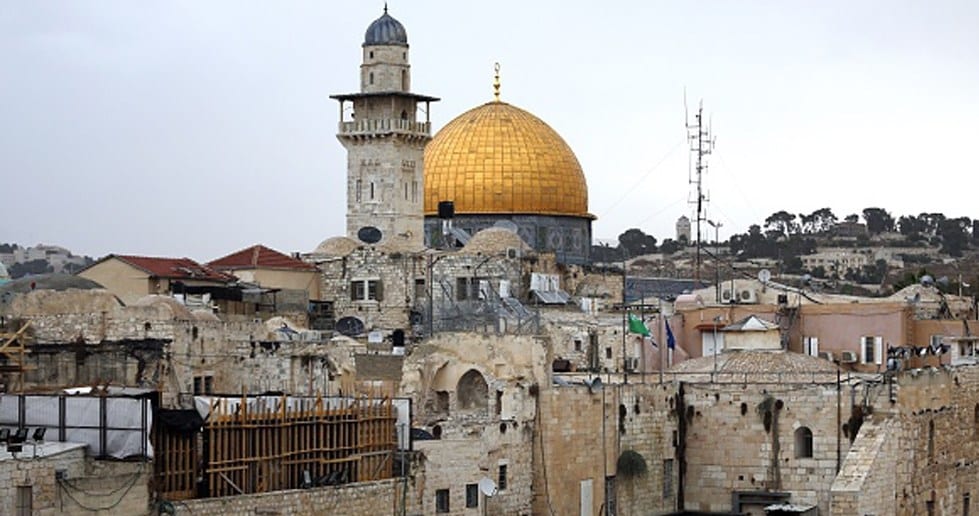 The prince adds “I now begin to understand better their (Arabs’) point of view about Israel. Never realised they see it as a US colony.”

Qatar Government will accept any Middle East peace plan that is acceptable to the Palestinians.

According to Qatar Foreign Minister Sheikh Mohammed bin Abdulrahman al-Thani, who said any US-led solution cannot be imposed on Palestinians and if indeed it was, Qatar government would not support it.

The US president is calling this the deal of the century, one that his son-in-law Kushner has been negotiating. Critics of his efforts have suggested Kushner and Trump are biased and the Israeli’s have paid Trump off by renaming the contentious Golan heights after the American president.

The Foreign Minister was Speaking to reporters in London when he said: “As far as we see, right now there is a disconnect between the Palestinians and the US.

“Our position remains very firm: We are going to support any plan that the Palestinians are willing to accept.”

White House senior adviser Jared Kushner, who has been trying to put together a peace plan, said in an interview broadcast last week that the Palestinians deserve “self-determination” but stopped short of backing Palestinian statehood and expressed uncertainty over their ability to govern themselves.

Last week, the OIC met in Makkah and the Arab League where they discussed the Palestinian issue, which was overshadowed by the Saudi-led initiative to focus the Islamic counsel’s attention towards Iran.

Violence has been erupting consistently as the Palestinians protest against Israeli rule and domination, on their homelands. The Far-Right in Israel has been antagonising the Palestinians as they organised a provocative tour at the Al Aqsa Mosque in the last week of Ramadhan.

Israeli authorities and US lobbies have repeatedly tried to control the narrative in these peace talks. led by a very proactive Lobby group in the US and indeed UK.

Something that prompted HRH Prince Charles to say the US needs to stand up to the Jewish lobbies in the US.

In the letter written to a close friend, Laurens van der Post in 1986, the prince highlights the exodus of European Jewry over the course of the 20th century as a phenomenon that “helped to cause the great problems.”

The prince adds “I now begin to understand better their (Arabs’) point of view about Israel. Never realised they see it as a US colony.”

“I now appreciate that Arabs and Jews were all a Semitic people originally and it is the influx of foreign, European Jews (especially from Poland, they say) which has helped to cause great problems,”

A Palestinian photo-journalist arrested by Israeli police is due to hear whether he will be deported. Human Rights groups say Mustafa al-Kharouf is being punished for his work which describes the difficulties of living stateless and under Israeli occupation.

In Feb 2019, United Nations investigators reported that Israeli security forces may have committed war crimes and crimes against humanity in killing 189 Palestinians and wounding more than 6,100 at weekly protests in Gaza last year.