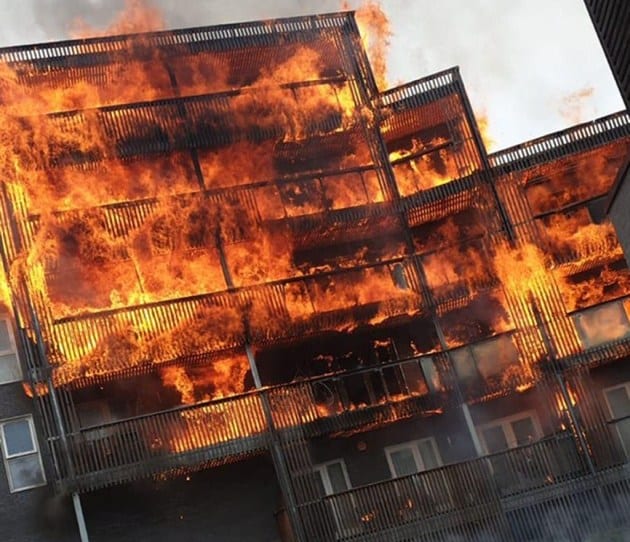 Live Video footage from the fire – as it quickly spread across six floors.

Firefighters are battling a blaze that has engulfed six floors of a block of flats in Barking.

Fifteen fire engines and around 100 firefighters were called to De Pass Gardens, Barking Riverside, between 3.30pm and 4.00pm today.

The Met Police has said that people were evacuated from the block and that it believes nobody has been injured in the fire.

The ground floor to the sixth floor of the low-rise block have been damaged by the blaze.

Residents who have been affected by the fire have been told to “take rest” at the Thames View Community Centre – about a mile away from the scene.

Sure, here’s the video. pic.twitter.com/kCG14K4r7k

The fire spread swiftly from the outside wooden balconies and London Fire Brigade station manager Andy Maloney is at the scene and said: “Crews are continuing to work really hard to put the fire out.

Grenfell road to justice begins and the PM’s regret!

Barking and Dagenham Council has tweeted that it will be arranging temporary accommodation for those that need it.

The cause of the fire is not known at this stage.