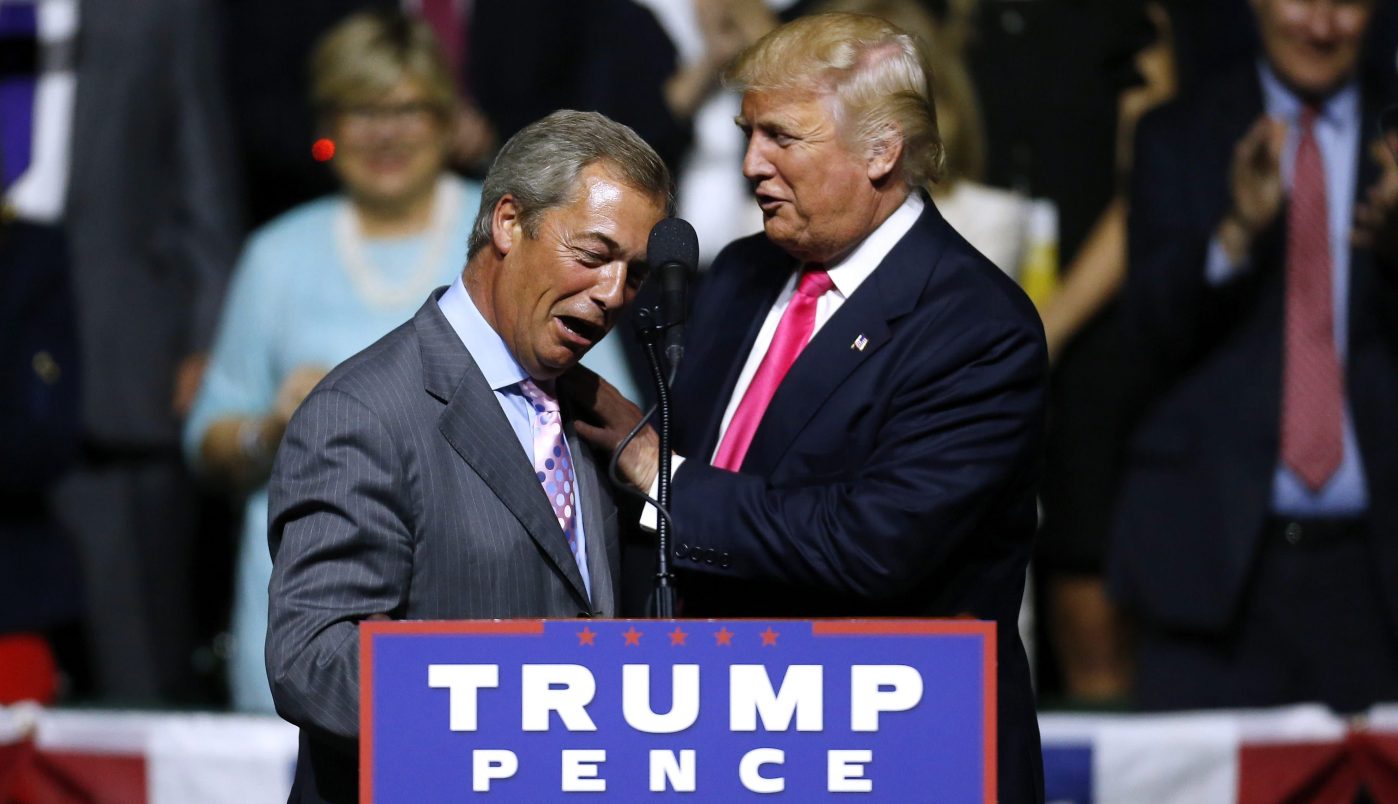 Trump’s advise the UK on how to make a deal with EU, dont pay the EU, breaks all ties and build a wall

US President Donald Trump said Britain should refuse to pay a $50 billion European Union divorce bill and “walk away” from Brexit talks if Brussels does not give ground.

In his usual bullish style of negiotiating, the American billionaire President suggested the UK should not need to bow down the demands of the EU, in his style, lie, cheat and threaten to get what you want.

Whilst giving his advise to the Uk Government, Trump was endorsing a no deal Brexit, and that implies a hard border with the Irish border. Which in essence is a similar stance the president has taken with the Mexicans, by campaigning to build his Mexican wall.

{resident Trump also told the Sunday Times newspaper ahead of a state visit to Britain, which starts on Monday, that Britain’s next leader should send arch-Brexiteer Nigel Farage to conduct EU talks.

Farage spent almost 12 months with Trump in the US and has solidified a strong bond with US president and brought those skills over with him and used the ‘politics of fear’  in the Brexit party campaign.

“I like Nigel a lot. He has a lot to offer — he is a very smart person,” Trump said. “They won’t bring him in but think how well they would do if they did. They just haven’t figured that out yet.”

Farage, who led the unofficial campaign to leave the EU in the 2016 Brexit referendum, wants to leave the bloc without any agreement.

His new Brexit Party swept to victory in the United Kingdom’s European Parliament election last month, prompting him to demand a seat at Brexit negotiations.

We will help Britain by making a ‘Super Deal’

Once Britain leaves the EU, which Trump said must happen this year, then he would go “all out” to agree a trade deal.

British Prime Minister Theresa May will step down shortly after this week’s Trump visit, having failed to win backing for the Brexit divorce deal she negotiated with the EU.

Trump said her successor should pursue a “no-deal” Brexit if he or she could not get more concessions from Europe by the end of October when Britain is due to leave.

“If they don’t get what they want, I would walk away,” he said. “If you don’t get a fair deal, you walk away.”

The 13 candidates already in the leadership race are split between those willing to accept a “no-deal” and those opposed.

In the “no deal” camp are former foreign secretary Boris Johnson, whom Trump praised in an interview with the Sun newspaper on Friday, along with former Brexit minister Dominic Raab and interior minister Sajid Javid.

Trump said the United States could work “very, very quickly” on a trade deal if Britain was not constrained by a transition period agreed with Brussels.

Mr Trump and his wife Melania will attend a state banquet at Buckingham Palace and be a guest of Queen Elizabeth II during the three-day visit.

He will then travel to Downing Street to have official talks with Mrs May.