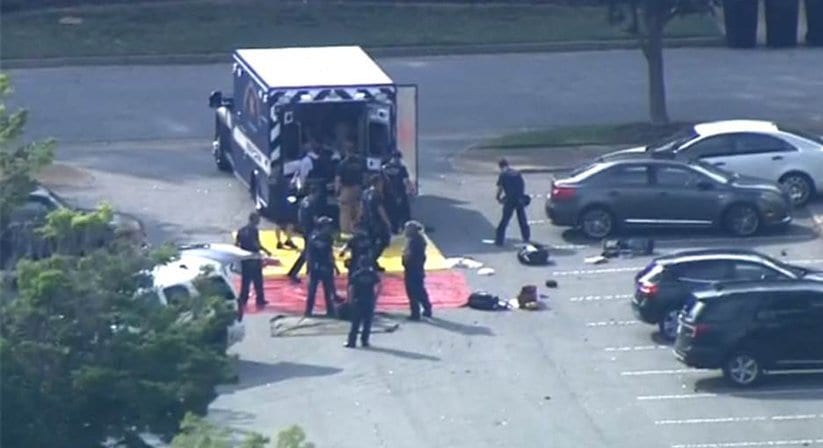 Breaking News: A disgruntled city employee opened fire at the municipal centre in Virginia Beach, Virginia, on Friday afternoon, killing 11 people and wounding at least six others before he killed himself.

According to reports, six patients were admitted to hospitals in Virginia Beach after Friday’s shooting.

A Virginia Beach police officer was shot by the suspect in the mass shooting at a municipal building and was saved by his bulletproof vest, Virginia Beach Police Chief Jim Cervera said.

Police are said, whilst briefing the governor said the Virginia Beach shooting suspect was a longtime public utilities worker.

“This is the most devastating day in the history of Virginia Beach,” Mayor Robert M. Dyer said at an evening news conference.

The identities of the gunman and the victims were not released.

The shooting began shortly after 4 p.m. at the Virginia Beach Municipal Center, a campus of city offices and agencies, including the Police Department. The shooting unfolded on multiple floors in Building No. 2, which includes offices for planning and public works, among others, and is adjacent to City Hall.

Virginia Beach is in the state of Virginia and sits on the Atlantic coast at the mouth of the Chesapeake Bay, it is the state’s most populous city with roughly 450,000 year-round residents.

It has almost been a 100 days since the House Judiciary Committee passed #HR8 in the House and today there has been another mass shooting in America. The HR8 bill is a universal background checks bill that requires that loans, gifts, and sales of firearms be processed by a gun store but hasn’t been implemented because of Pro-Gun lobby.