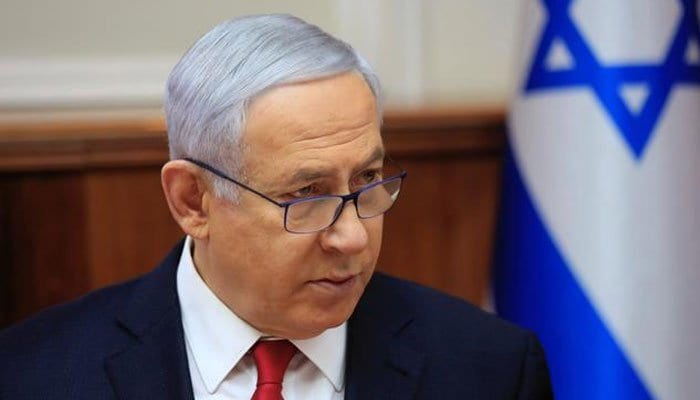 Netanyahu struggles to form a government forcing another election

As Prime Minister Benjamin Netanyahu’s efforts to form a government have failed, Israel moved closer towards a new election on Monday after the contentious ballot remained in deadlock.

Netanyahu, who heads the right-wing Likud party, claimed victory, despite calls for his removal and impeachment, but has been unable to form a majority Government.

He now has until 2100 GMT on Wednesday to put a government together, after being delegated the task by President Reuven Rivlin following the April 9 poll.

In a preliminary vote, parliament decided to dissolve itself. In order to disperse and set an election date, legislators would still have to hold a final vote, likely to take place on Wednesday.

In a televised address following the initial vote in parliament, Netanyahu pledged to continue pursuing coalition talks and said a new vote would be unnecessary and costly.

He has been in power for the past decade and facing potential corruption indictments, Netanyahu has struggled to seal an agreement with a clutch of right-wing, far-right and ultra-Orthodox Jewish parties that would ensure him a fifth term.

Netanyahu has denied any wrongdoing and is due to argue against the attorney general’s intention to indict him on fraud and bribery charges at a pre-trial hearing in October.

US President Donald Trump, who is familiar with impeachment charges and weighed in on Netanyahu’s political woes and endorse his candidacy.

Hoping things will work out with Israel's coalition formation and Bibi and I can continue to make the alliance between America and Israel stronger than ever. A lot more to do!

Earlier last month Benjamin Netanyahu promised to rename the disputed territory of Golan Heights to Trump, in recognition of his support and solidarity for the Israeli cause to advance settlements in the ever-shrinking Palestine.

In his election campaign, Netanyahu, whose last government was the most right-wing in Israeli history, showed little interest in peacemaking. Ahead of the vote, he said he would annex illegal Israeli settlements if he won a fifth term.

With the new coalition government likely to be even more right-wing than the last, analysts expect it will lead to tougher restrictions on Palestinian daily life and a more rapid annexation of the occupied West Bank.