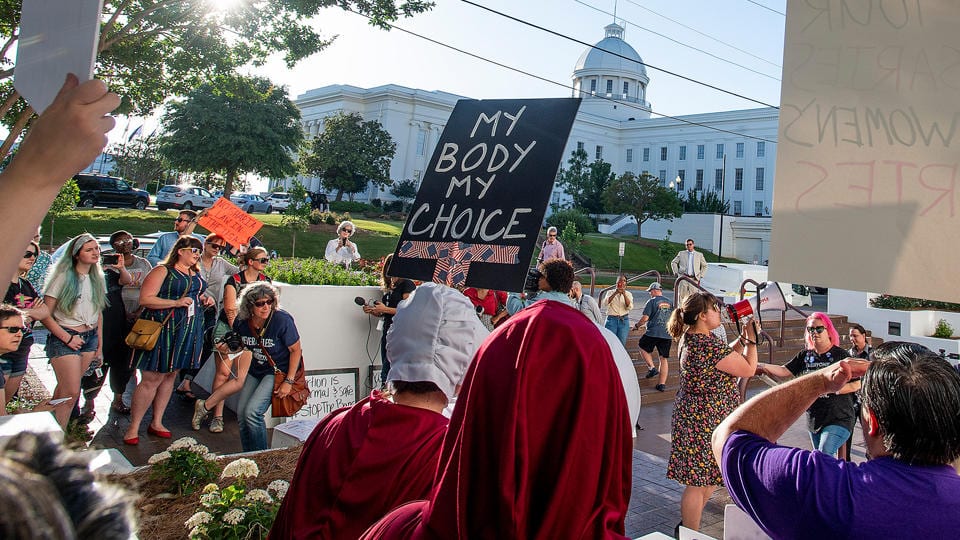 Women’s rights in Alabama were hurled back to the era of the ducking stool and witch trials after politicians passed a bill to outlaw abortion in virtually all cases.

So 25 white men voted to make abortion illegal in Alabama after detection of the first foetal heartbeat and there are no exceptions for rape or incest.

The state Senate vote was 25 to six and the same bill had already been overwhelmingly passed by 74-3 votes earlier this month by Alabama’s House of Representatives.

It will almost certainly be signed off by Republican Governor Kay Ivey who is a strong opponent of abortion and follows a pattern of new legislation introduced in 16 other US states this year.

Anti-abortion lobby groups now expect the Alabama legislation will go on to challenge the 1973 Supreme Court ruling that legalised abortion in the US.

Republican Terri Collins, who sponsored the legislation, opined: “Our bill says that baby in the womb is a person while Democratic state Senator Bobby Singleton said the bill “criminalises doctors” and was an attempt by men “to tell women what to do with their bodies”.

My view is simple: If you don’t have a uterus you don’t have a say. I’m watching with great sadness the decline of women’s rights in America and wonder if Margaret Atwood’s The Handmaid’s Tale is moving from the realms of fiction now to dystopian reality.