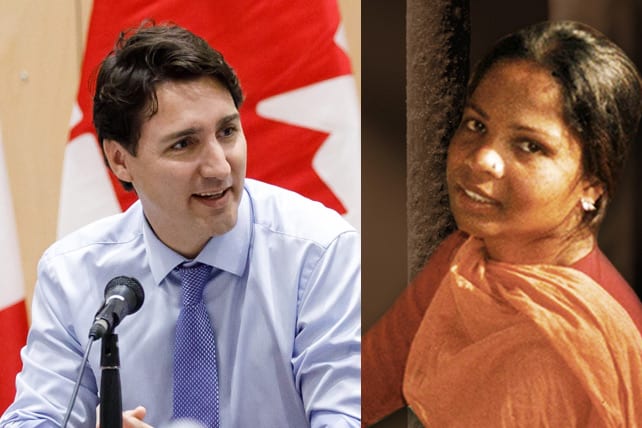 Her family met with Pope Francis in February at the Vatican

Asia Bibi is a mother of five from Punjab province, part of the minority Christians in Pakistan. She was safely taken out of the country after she received death threats from extremists in Pakistan.

The outcry in Pakistan follows the reversal of her conviction for blasphemy, for which she was sentenced to death. Thousands of Pakistani and Christians around the world lobbed and protested for her acquittal.

And the case made headlines when it reached the supreme court in 2010.  Following almost 9 years of appeals and protest, she was released in 2018.

However, religious extremists shut down parts of Pakistan in protest that day and threatened to carry out Bibi’s death sentence themselves.

Prime Minister Imran Khan appealed to protesters to respect the rule of law, but he has not addressed calls to actually do away with the blasphemy laws.

She has been separated from her family and living in safe houses since the 2018 overturning of the sentence. Her children are already living in Canada.

When her family met with Pope Francis in February at the Vatican reportedly described Bibi as a “martyr,”

The blasphemy laws started under the British rule of India and Pakistan in 1860. The government said its goal was to prevent religious violence between Hindus and Muslims.

According to Amnesty International, between 2011 and 2015, at least 1,200 people were accused of blasphemy in Pakistan.