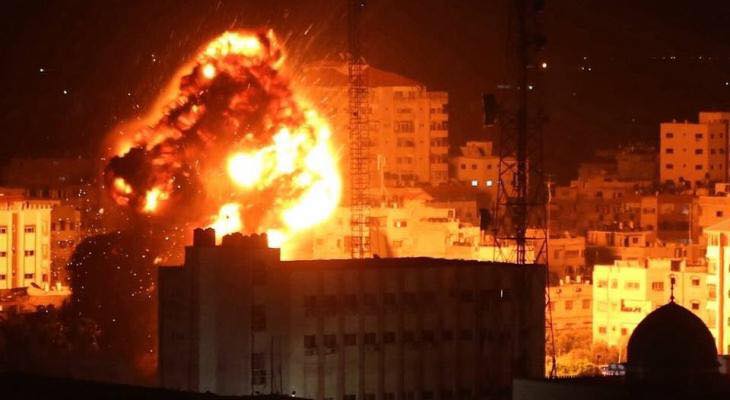 A fresh flare-up of violence in the Gaza Strip following the deadly Israeli airstrikes last week has injured killed a 24-year-old man and injuring 4 others.

The violence has prompted the United Nations to raise alarm at the “dangerous escalation.”

Tensions erupted last week following the killing of four Palestinians, two in an Israeli air raid on southern Gaza and two during the regime’s live fire at anti-occupation protesters near a fence separating the blockaded coastal enclave from the occupied territories.

The Israeli military claimed that its initial aerial assault had come in response to the wounding of two of its soldiers by Palestinian gunfire near the Gaza fence.

The facebook footage, posted by WTX News Diplomatic editor Yvonne Ridley shows the destruction caused by the bombs dropped in Gaza by Israel.

However, despite the truce, on Friday, an Israeli attack has killed another young Palestinian man taking part in anti-occupation protests in Gaza.

Reports suggest four children and a paramedic were among the injured in the same attack.

Israeli forces have claimed the retaliation is in response to rocket fire from Gaza. With the latest round which killed a 60-year-old Israeli man. A total of some 83 Israelis have also been wounded.

Israeli military forces have released a statement saying that a total of 430 rockets have been fired at Isreal over the past week. The Israeli army says its warplanes have responded by targeting 180 strategic Hezbollah sites in the Gaza Strip.