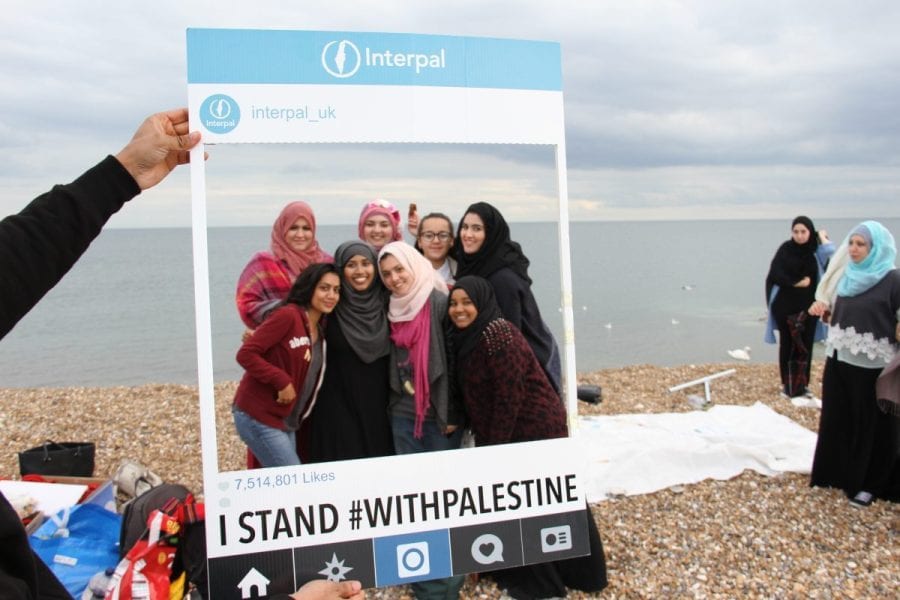 There are those who want to put the British charity Interpal out of business but no one can explain why, says Yvonne Ridley

A few years ago the US Treasury Department listed the British charity Interpal a “global terrorist entity”.

This dirty deed was done at Israel’s request back in 2003 by the US government of George W Bush without due process and no contact with the charity.

Despite repeated requests by the British Government, the United Nations and the Charity Commission for evidence or proof absolutely not one shred has been produced by either Israel or America.

It is quite obvious the campaign to put Interpal out of business is fuelled by a toxic mix of spite and malice but what really puzzles me is why a charity, which dedicates itself to providing humanitarian aid, education, health and hope for Palestinian families and children in need should be targeted in such an unrelenting, vindictive and spiteful way.

How can putting bread in a child’s mouth, resources in a school or medicine in a hospital be viewed as a threat to the State of Israel?

It’s a question I’ve also put to an organisation run by a group of British lawyers who also seem hell-bent on wanting to put Interpal out of business. Calling themselves UK Lawyers for Israel (UKLFI) they’ve already managed to persuade financial institutions to stop processing online credit card payments and donation facilities to the charity.

UKLFI says its objective is to “protect” the State of Israel but why would putting bread in the mouth of an orphan child be viewed as a threat? Crushing the life out of Interpal is hardly a worthy or noble aim, is it?

Just recently, my old mate, the highly respected Peter Oborne (he and I worked together at the Sunday Express back in the day), conducted his own investigation into the motives driving UK Lawyers for Israel who have also targeted other organisations, including Medical Aid for Palestinians, Educational Aid for Palestinians and the anti-poverty charity War on Want.

Some of WoW’s work includes campaigning for Palestinian human rights and at the moment it is lobbying the British government to impose a trade embargo on the sale of arms to Israel. The common thread between UKFLI’s targets isn’t too difficult to spot.

Oborne, like me, wants to know why UKLFI regards Interpal as a terrorist-supporting organisation which needs to be put out of business even though Britain and the UN does not. He pursued the organisation through numerous phone calls and emails to elicit a response but none was forthcoming.

I also tried without success; not even so much as a “no comment” has been forthcoming. I sent the barrister who works as chief executive of UKLFI, Jonathan Turner, emails but, at the time of writing, he had not responded.

So if he or any of his colleagues at UKLFI want to push their side of the story my request is simple: Please explain why you appear to be conducting a coordinated campaign to damage the reputation and fundraising capabilities of Interpal, and why you want to put the registered charity out of business?

In the meantime, I understand UKLFI have sent communications to Al Rayan Bank which holds an account for Interpal. I’ve no doubt the lawyers’ have referred to the spurious US Treasury designation. I expect Al Rayan will investigate the claims and write to the US Treasury for proof before consigning the UKLFI missive to the bin.

If it digs deep enough Al Rayan will also discover that quite a few organisations who have tried to link Interpal with terrorism have fallen foul of Britain’s libel laws. As a result Interpal has received quite a wedge in undisclosed damages over the years and enough grovelling apologies to paper my study wall.

Those who’ve paid the price in damages and apologies include the Board of Deputies of British Jews, the Jerusalem Post, Express Newspapers and the Daily Mail. The latter issued an apology just a few days ago saying: “The Trustees assure us, and we accept, that neither Interpal, nor its Trustees, have ever been involved in or provided support for any terrorist activity of any kind. We apologise to the Trustees for any distress caused.”

I understand a few other apologies are also in the pipeline.

The pro-Israel lobby accuses Interpal of working alongside senior Hamas figures, even though the movement is the de facto government in the Gaza Strip; it won the “free and fair” democratic Palestinian elections in 2006.

I’ve visited Gaza several times and I can tell you that all aid agencies must have the cooperation of the authorities in Gaza if their operations are to be effective and beneficial.

Hence, even the US government’s own overseas aid agency, USAID, which operated in Gaza until earlier this year, worked alongside Hamas officials in order to get things done. Having dealings with the authorities in any jurisdiction does not imply support for the political or other affiliations of those in power.

The good news is Interpal has just celebrated 25 years in business, raising funds for the most wronged people on the planet: The Palestinians.

I joined a number of diplomats, politicians, charity workers and others for a lunch to mark the occasion and as I looked around the table I saw many who had been challenged in different ways by the bullying and intimidation that has become a trademark of the Zionist State and America.

Famous heart surgeon Sir Terence English spoke passionately about his medical work saving the lives of the many young Palestinians shot by Israeli snipers during the Great March of Return protests over the last 12 months.

The well known humanitarian worker Dr Swee Chai Ang, a Singaporean medical professional who is co-Founder and Patron of Medical Aid for Palestinians (once deported from Israel) sat and listened intently.

The principal speaker was the Palestine Liberation Organization (PLO) ambassador, Dr Husam Zomlot who was welcomed as the new Palestinian Ambassador to London last year after he was expelled from Washington in an unprecedented move when the diplomatic mission was closed without warning by President Donald Trump.

Next to him was Dr Alon Liel, a former Israeli diplomat, who observed that Israel was losing support overseas coinciding with the rise in popularity of the rightwing over there led by Benjamin Netanyahu.

Looking around the table I recalled a much-quoted comment attributed to the legendary Aesop that “a man is known by the company he keeps.” That being the case, Interpal keeps some very fine company which makes the US terror listing look all the more silly and ludicrous.