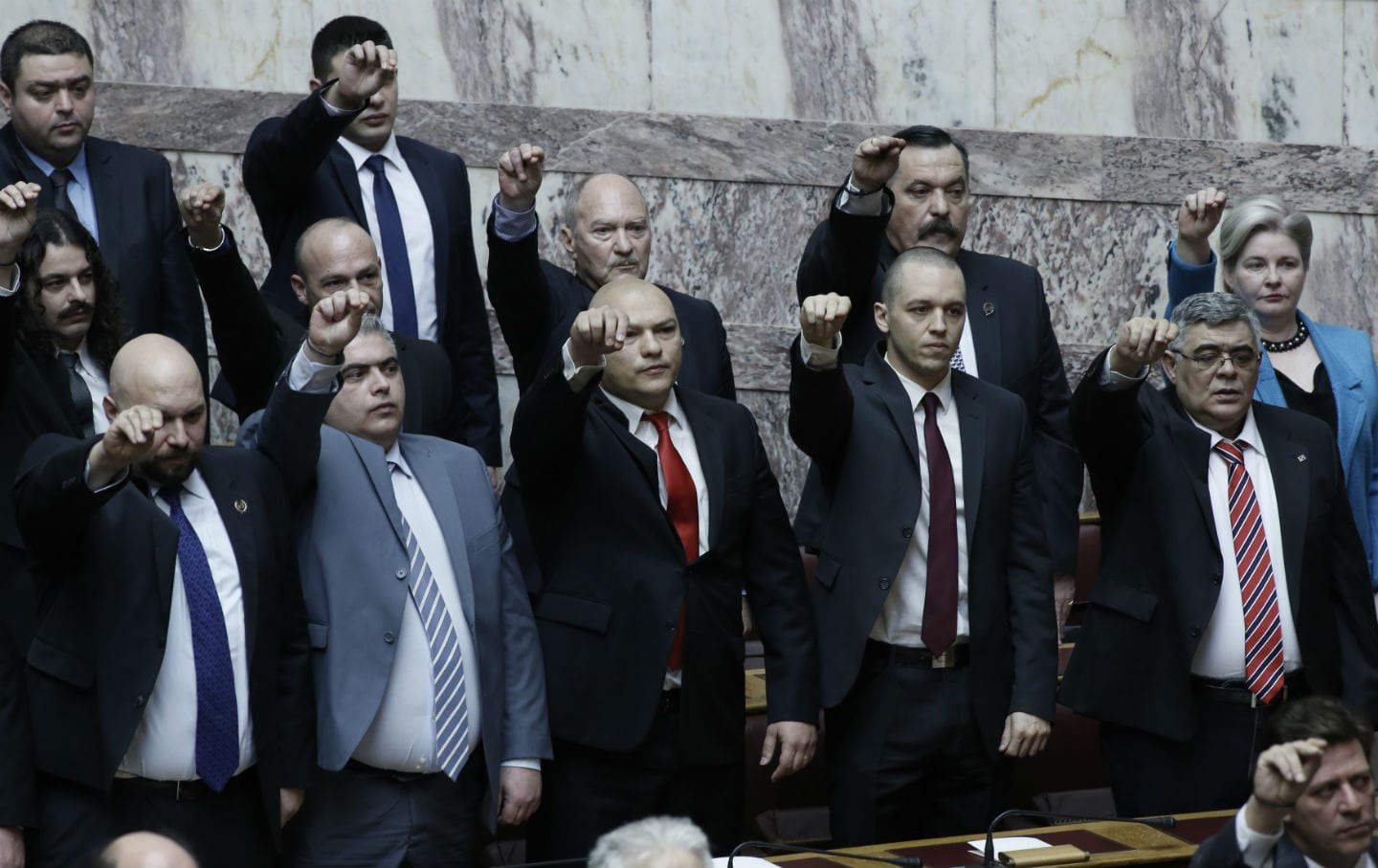 A racist attack attacking an ethnic Muslim, because he was different comes to a conclusion 6 years later.

Two racially motivated Greek men were sentenced today, by a Greek court, for 21 years imprisonment for the racially-aggravated murder of a Pakistani migrant worker.

Shehzad Luqman was 27 when he was fatally stabbed by 29-year-old Christos Stergiopoulos and 25-year-old Dionysis Liakopoulos in 2013 whilst cycling to work in the Athens district of Petralona.

The pair’s sentences were reduced on appeal on Monday after a court of the first instance had earlier handed down lifetime prison terms.

The verdict could impact the landmark trial of the neo-Nazi Golden Dawn party, a court source said. Luqman’s murder is among several crimes investigated in connection with the ongoing Golden Dawn trial, which began in 2015.

The Golden Dawn party is a political party supported and funded by the Far-Right and its sympathisers. In the past, the party has used Neo-Nazi symbols and racist rhetoric to promote the party’s agenda.

According to Greek academic and political sources, the party is racist and xenophobic and the party’s leader,  Nikolaos Michaloliakos, has openly identified it as nationalist and racist.

Michaloliakos launched the foundations of what would become Golden Dawn Party in 1980 when he published the first issue of the right-wing, racist, pro-military junta journal.

In police raids follwoing the murder of Luqman, the Police found a cache of weapons and Golden Dawn flyers whilst searching the defendants’ homes.

Luqman’s killers denied links with Golden Dawn and blamed the killing on an altercation.

But prosecutors are seeking to prove that such violent acts against foreigners and political opponents were encouraged, if not actively ordered, by senior Golden Dawn officials.

A verdict on the future of Golden Dawn trial is expected by early next year.

Formerly on the fringe of Greek politics, Golden Dawn went from 19,000 votes a few years ago to over 426,000 in 2012 when it entered parliament for the first time after pledging to “scour the country” clean of illegal immigrants.

Today, it is the fourth largest party in the Greek parliament, with support within Europe Union the parties fan base has grown.

Regional polls predict it will secure nearly eight percent of the vote when the country goes to the polls later this year.